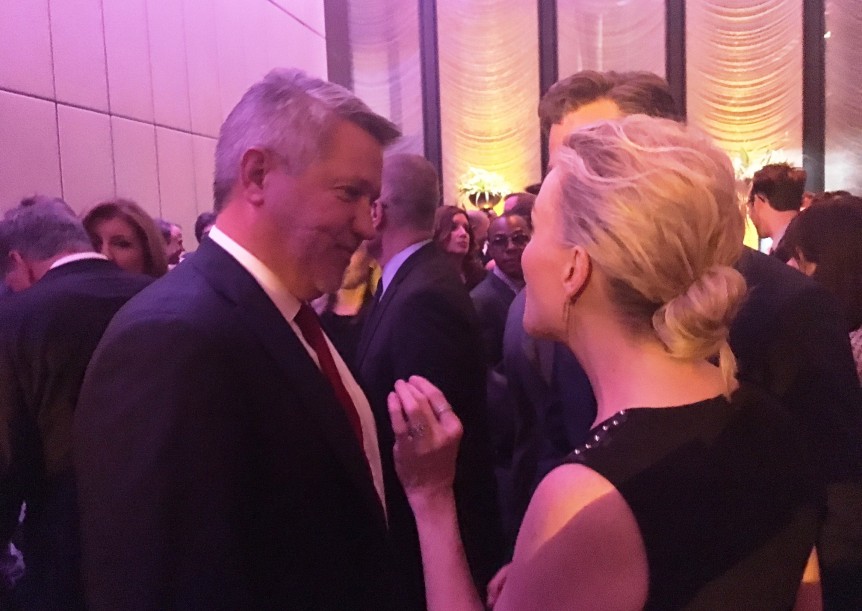 Back in November, when Bill O’Reilly went on CBS This Morning to talk about his new book, Norah O’Donnellasked him about Megyn Kelly‘s claims about Fox News in her new book.

“I’m not interested in making my network look bad,” O’Reilly said, adding, “I’m trying to stay out of any of that kind of stuff. It doesn’t pertain to my life. I wish her well. She’s a very smart woman.”

Now, according to the New York Times, after those comments, Kelly sent her email to her bosses at the time, Fox News co-presidents Jack Abernethy and Bill Shine (pictured with Kelly Thursday night at a Hollywood Reporter event in New York.)

The Times reports that that experience, “along with a deep skepticism about whether the network was truly committed to changing its culture after Mr. Ailes was forced out, was a factor in Ms. Kelly’s decision to leave Fox News for a new role at NBC News, according to two people familiar with the matter.”

“Mr. O’Reilly cannot comment on what Megyn Kelly thought, or did or did not do, except to say she never raised any such issue with him, nor did anyone else,” said O’Reilly’s lawyer Marc E. Kasowitz. “At this time, it is apparent to any objective observer that Mr. O’Reilly is being subjected to a malicious campaign intent on harming his reputation and family through speculation and innuendo.”