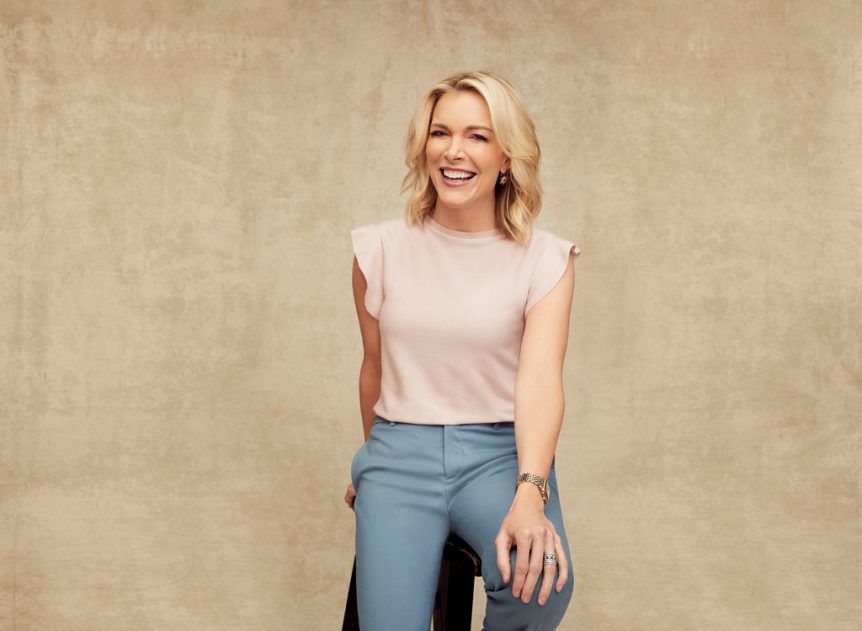 Megyn Kelly will follow in the footsteps of David Letterman, Jimmy Fallon and Dr. Oz Monday morning when she steps on stage of NBC’s Studio 6A as host of Megyn Kelly Today.

“Must everything be political? Everything? EVERYTHING!” an exasperated Kelly told TVNewser in an interview Wednesday. “I’m sick of it. And I’m not the only one.”

So, with her new show, an extension of NBC’s long-running Today franchise, Kelly will deliver news of the day, human interest stories, and celebrity interviews, many of the NBCU kind (The cast of Will & Grace is on Monday. The cast of This is Us is on Tuesday). Robert Redford and Jane Fonda are also booked for week one.

We sat down with Kelly in her 5th floor corner office at the Comcast Building, just after she’d watched her appearance on Ellen.

Who’s given you the best advice about hosting this kind of show?

Kelly: Well, it’s not like I run around asking a lot people. And I am open-minded to advice. I have a nice pair of bosses in [NBC News chairman] Andy [Lack] and [NBC News president] Noah [Oppenheim]. Noah is kind of a forensic diagnostician. He is kind of a nuts and bolts type of guy and Andy is more of a creative genius. Big picture. With heart. Between the two of them, I feel like I’ve got my left brain and my right brain covered. They’ve given me a bunch of advice that felt exactly right for me.

I am not going to do that, for a number of reasons. Because that’s not how NBC works. At Fox, if it’s your show, you get the ratings. Here, you don’t. When I realized there was a different system I asked why that is. And their belief is they want talent to focus on their job and the producers to worry about things like the ratings. And I thought ‘That sounds like a damn good system to me.’ I have to focus on putting on a good show and there’s a whole team of people concerned about putting points on the board.

On Ellen you talked about how you wouldn’t say no to having President Trump on the show. Have you reached out to the White House for an interview?

I have not. I have no pending request for the president. But that doesn’t mean I never will. We’re just getting started so we’re pretty jam-packed in the first couple of weeks. But I bet there will be a Trump interview at some point. He’s the sitting president of the United States. There’s so much I’d like to talk to him about. Obviously, that’s political, but I’m not saying we’re never going to be political. That’s not our mission statement but it’s also not cable news prime time, which is all politics. 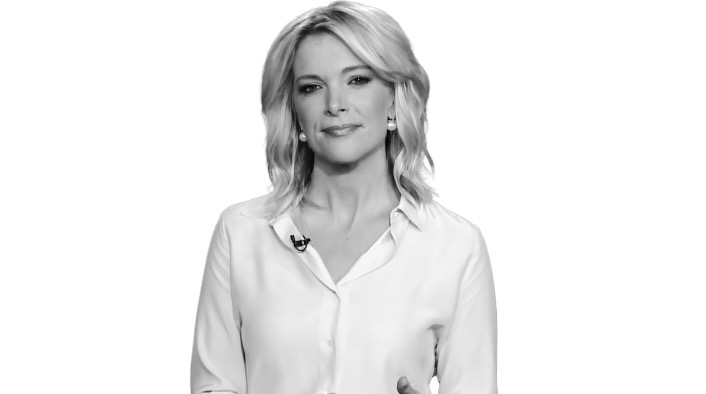 You also expressed a feeling that it was a relief to come over here and not have to cover him every night. Is that true?

It is a relief to be out of the vitriolic stew that is cable news prime time. And the stew got spicier under President Trump for every journalist, not just for me. While I was perfectly capable of doing it, that doesn’t mean I enjoyed it. And frankly, a lot of my former colleagues who are still in cable news, not just at Fox, but elsewhere, have similar feelings. It’s not the way it used to be, being a journalist today. He is effectively, and not just him, but his most ardent supporters, have made us players on the field instead of on the sidelines where we belong. That’s not to say there’s not media bias. There are so many reporters who are completely biased against Trump, it’s absurd.

Uh. Right. But it’s absurd. He’s right that they’re biased against him. They’re extremely biased against him. And some play right into it. They do themselves no service with that tactic. But that doesn’t change the fact that he puts them in a dangerous place by targeting them. You’ve got the alt-right stoking every divisive fire they can. You have conservatives who see their issues diminished regularly, or ignored, or mocked. Why can’t I watch the Emmys without seeing Sean Spicer? What was he doing there? Can’t I just watch the fabulous gowns? Can’t I have an escape? Must everything be political? Everything? EVERYTHING! I’m sick of it. And I’m not the only one.

Do you see yourself going on MSNBC’s prime time to talk about these topics or even to promote the show?

No. I don’t. I was hired by NBC. I’ve been promoting it on the Today show and I think that’s what’s expected of me and that’s what I plan on doing.

How has the transition been?

I’ve had an extremely warm welcome, from the top on down. I can’t say enough good things about Andy and Noah, the staff and the crews. My mom came in for a segment for a practice show. My stage manager, Vinnie, brought her flowers. Just because! Freakin’ love Vinnie. And there are a lot of Vinnies around here.

And leaving Fox? Do you still talk to friends there?

There’s no bad blood between me and anyone at Fox News. I’ve had well wishes from [Sean] Hannity, from Rupert [Murdoch] and Lachlan [Murdoch] on down. My closest friend in the world works at Fox News. The godmother to my child, Janice Dean. Every single person on the daytime lineup, with one or two exceptions, is a good friend of mine. Some of them are going to be in the audience when I launch the show. I was there for 13 years. I don’t know what is said about my departure because I don’t read those stories. I know what is true. But the truth is I left on very good terms and I’m proud of that fact. It’s hard to leave something that’s been good to you. 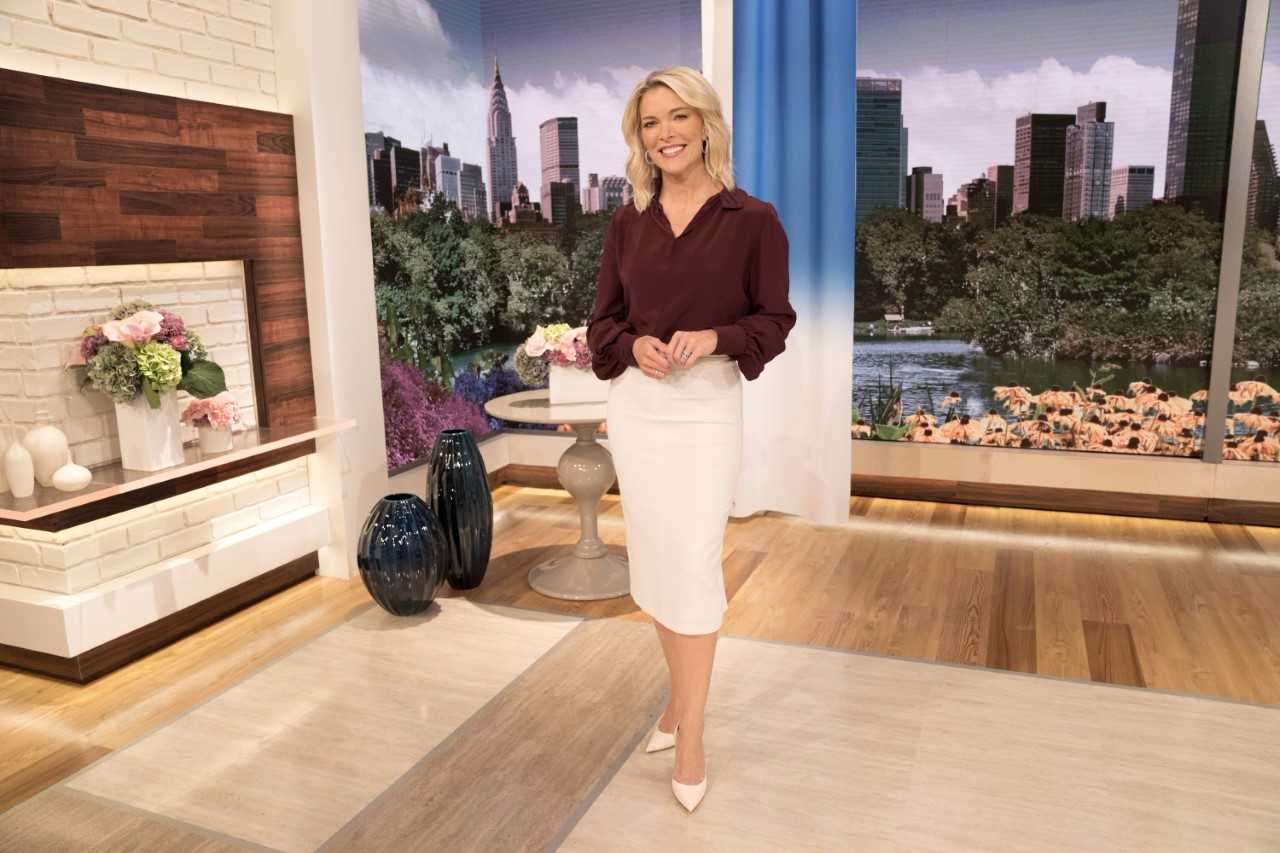 What do you think about the changes since you left. Bill O’Reilly leaving and Laura Ingraham getting her own show?

I think Fox is going to be great. I think already their numbers are strong again. Fox News has a very loyal audience and that is a blessing to them. And I think it’s obviously a rebuilding year, but from what I can see they’re rebuilding beautifully. So I have no worries about them.

Your Sunday show, or the prime time show, wherever it lands on the NBC schedule, when do you think you’re going to start thinking about that?

They’re already thinking about it. They’ve got correspondents dispatched on assignments for that. Those kinds of stories take a lot of lead time. But I don’t have to start thinking about it until whenever the end of Sunday Night Football and the Olympics is. I won’t be able to do as many as the in-depth pieces myself once that relaunches because I’ll have to be in the studio five days a week, but it’s pretty easy for me to shoot the wraps [on camera introductions/and closing segments] and I can travel here and there. But the other correspondents are shooting them now.