NEXT:Greta: 'Fox Needs To Get the Chaos Out of the Environment'
PREVIOUS:Scoreboard: Tuesday, August 8 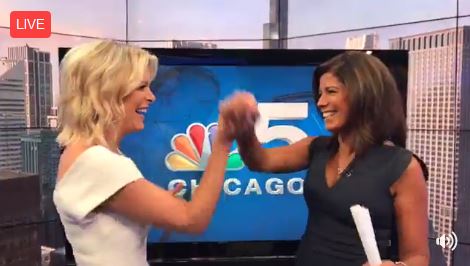 This morning she dropped by WMAQ in Chicago and took part in a Facebook live with NBC Chicago morning anchor Zoraida Sambolin, who spent two years at CNN anchoring Early Start.

So if you want to know who Kelly’s celebrity crush is, or what weird talent she possesses, click play.