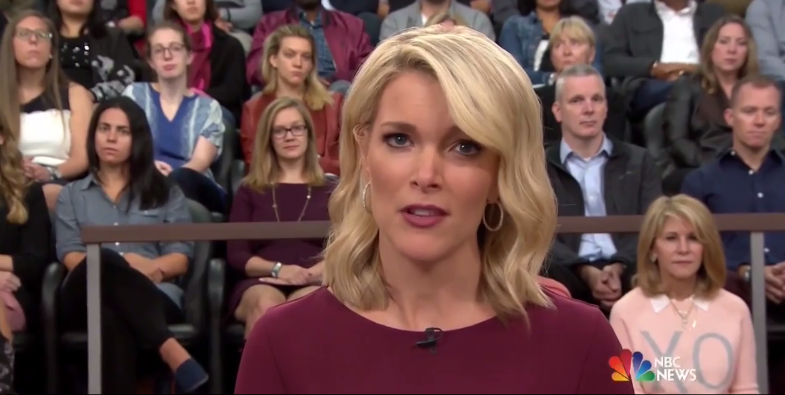 Megyn Kelly has received her share of criticism during her first six days of hosting the Today show’s 9 a.m. hour (Megyn Kelly Today was preempted yesterday for coverage from Las Vegas).

There was another moment this morning involving longtime NBC Newsman Tom Brokaw. Brokaw was on to talk about the massacre in Las Vegas, and America’s gun laws, when Kelly abruptly cut to break.

A member of the studio audience asked Brokaw: “With the tragedy that happened in Las Vegas, we’re constantly bombarded with the news, day and night. When does this become harmful to us and our children?”

Brokaw said that he couldn’t hear the question, so Kelly essentially paraphrased it.

Brokaw spoke for nearly a minute before Kelly interjected, saying she had to go to break.

“Got it. Gotta leave it at that, Tom. Thank you to our entire panel. We’re up against a hard break, apologies Tom Brokaw. Sorry, they’re wrapping me hard because we got a hard break coming up. But listen, this debate will not end now. There are people who defend the second amendment who believe you can’t legislate against evil, and those who believe we have to have an honest conversation. Gotta leave it at that. We’ll be right back.”

Whether Kelly was cutingt off Brokaw because of his comments about gun control or if she truly had to go to commercial has been a matter of debate:

Megyn Kelly cutting Tom Brokaw off as he talks about the NRA is perhaps her finest hour of bullshit yet. https://t.co/sNH2VcB6Eh

But not everyone believed Kelly was cutting off Brokaw intentionally. The Washington Post’s Callum Borchers wrote, “it looked to me like Brokaw couldn’t hear Kelly’s initial attempt to wrap up a panel discussion of gun violence, which led to the extended crosstalk.”

Borchers emailed Brokaw about the incident.

“You’re right,” Brokaw responded. “The acoustics in the studio were terrible. I didn’t have an IFB [earpiece], and I am writing as I return from my hearing-aid mechanic. My hearing aid this morning went bad as the show started. Chick Hearn, the late, great L.A. Lakers play-by-play announcer had a phrase: no harm, no foul. Exactly the case this a.m. No harm, no foul. Not worth any fuss. I’m a Kelly fan.” WATCH: