NEXT:Q2 '21 Sunday Show Ratings: This Week with George Stephanopoulos Is No. 1 in Key Demo For First Time Since 2015
PREVIOUS:Week of June 21 Cable Ranker: Fox News Marks 19 Straight Weeks at No. 1 in Total Day; CNN and MSNBC See Ratings Growth 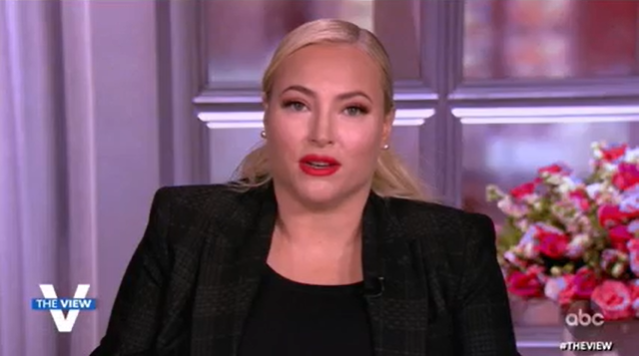 Meghan McCain is leaving The View after four seasons as a co-host on the ABC daytime panel talk show.

She’s leaving at the end of July, despite having two years remaining on her contract.

The Daily Mail broke news of McCain’s imminent departure Thursday morning, and she made the news official on the broadcast hours later.

“I’m just going to rip the band-aid off. I am here to tell all of you, my wonderful co-hosts and the viewers at home that this is going to be my last season here at The View,” McCain remarked on-air. “I will be here through the end of July to finish out the season with all of you, which I am grateful for. This was not an easy decision. It took a lot of thought and counsel and prayer and talking to my family and my close friends.”

She continued: “Covid has changed the world for all of us, and it changed the way at least for me — the way I am looking at life, the way I’m living my life, the way I want my life to look like, and when I said good-bye to all of you in the studio over a year and a half ago, I had just found out I was pregnant. Ileft the city very quickly because my ob/gyn wanted me to leave because he wasn’t sure how Covid could possibly impact pregnant women. I came to the D.C. area, which is where my husband and I have always split time, and it’s where I grew up and we have this incredible life here. We’re surrounded by my family, by my husband’s family, by friends, by this incredible support unit, and as any new mom knows, when I think about where I want [daughter] Liberty to have her first steps and her first words, I just have this really wonderful life here that ultimately I felt like I didn’t want to leave.”

McCain, daughter of the late Arizona Senator John McCain, was the sole conservative on the panel during her tenure on the program, and regularly got in “spirited” back-and-forths with her left-leaning co-hosts Whoopi Goldberg, Joy Behar, and Sunny Hostin (less so with Sara Haines).

“You are the most talented women on all of television,” McCain said of her on-air colleagues. “Hands down.”

Here are her full remarks:

.@MeghanMcCain announces her departure from @TheView at the end of the show’s season, saying “this was not an easy decision.”

“I’m just eternally grateful to have had this opportunity here so, seriously, thank you from the absolute bottom of my heart.” https://t.co/ZiP1UTs2xu pic.twitter.com/eLuEAJ4KLT

ABC’s panel show has delivered some of its biggest ratings with the outspoken McCain at the table. She joined the program in fall 2017  after a 10-month stint as a co-host on Fox News’ daytime panel show Outnumbered.

McCain rose to prominence when she launched a popular blog while on the 2008 presidential campaign trail with her late father. She later became a columnist at The Daily Beast and then an MSNBC contributor before making the move to Fox as a contributor in 2015.

Here’s a clip from October 2018, when McCain returned to The View after the passing of her father: