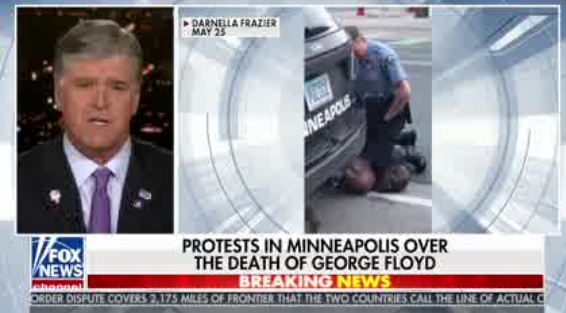 Covid-19 pandemic coverage, and more recently continuous coverage of nationwide protests spurred by the police murder of George Floyd, have lifted Fox News Channel to another stellar month in the ratings department.

Versus its May 2019 ratings, a month without significant breaking news events, Fox News wrapped up May 2020 +44% in total prime-time viewers and +40% in total day viewers. The year-over-year comparison when it came to the A25-54 demo was more impressive, which makes sense considering breaking news usually brings younger viewers to cable news. FNC finished May 2020 +48% in the prime-time demo and +41% in the total day demo versus May 2019.

Yes, Fox News is America’s most-watched cable network, but the ratings story isn’t quite as rosy if we compare it with April 2020. The network shed some viewers: -7% in total prime-time viewers, -16% in total day viewers, -27% in the total day demo, -17% in the prime-time demo.

To be fair, April was the height of the pandemic.

The average Nielsen live + same day impressions for May 2020:

The Five, The Ingraham Angle, and Special Report with Bret Baier round out the top five on cable news for the month of May.

A more substantial cable news program ranker will come later in the week.