NEXT:Survey: 29 Percent of US Adults Recall Talking About Fox News Over the Past Two Weeks
PREVIOUS:Scoreboard: Wednesday, Oct. 3 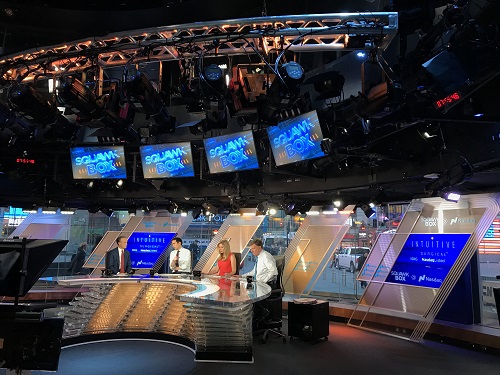 One of the most notable programs in business television is getting a new leader.

Meyers had been executive producer of Fast Money for the past three years, and will now oversee the network’s signature program.

Quayle helmed Squawk Box for 13 years. He also helped launch the program, which celebrates 23 years on air later this month.

Craig Bengtson, vice president of business news programming, made the announcement official in a note to staff:

I am pleased to announce new and exciting roles for two of our top leaders.

After 13 years at the helm of “Squawk Box,” Matt Quayle will take on a crucial leadership position as Senior Executive Producer of Program Development for Business News, reporting to me. In this role, Matt will be responsible for creating new programs and content for Business Day with a continued focus on the needs of investors. He will also work closely with the Editorial, Technical Operations, Sales, Marketing and Digital groups as he strives to find innovative ways to differentiate our dayside programming. Matt has a proven track record for developing compelling content. It was 23 years ago when he helped launch our flagship show, “Squawk Box,” which has become one of the most influential programs in business television.

Max Meyers, who has been Executive Producer of “Fast Money” for three years, will now oversee “Squawk Box.” An innovator himself, Max helped develop the trader-focused program “Fast Money” in 2006. For the past 13 years, Max has been known for his ability to produce and package stories in unique and memorable ways. He will continue to report to me.

I have asked Jason Gewirtz, Executive Producer of “Halftime Report,” to temporarily take charge of “Fast Money” until a permanent replacement is announced.

Please join me in congratulating, and supporting, Matt and Max in their new positions, which will take effect on October 23.