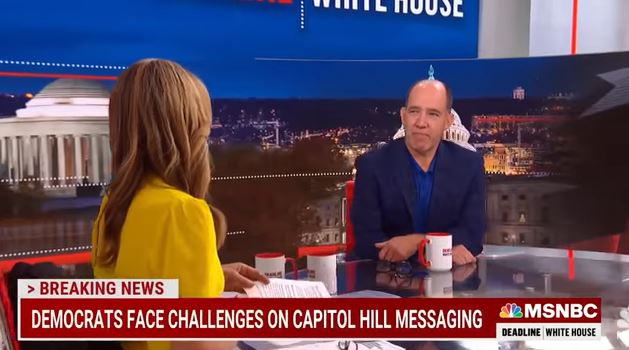 If you’re a consistent MSNBC viewer, you’ve likely seen a lot of Matthew Dowd as of late.

Nicolle Wallace briefly mentioned the news during her 4 p.m. hour.

In his role, Dowd will appear across MSNBC, weighing in on the political news driving headlines across the country and in Washington. In addition, Dowd joins the network in a hybrid dual reporting role with reoccurring in-the-field segments currently under development. His reporting will explore the many threats facing U.S. democracy, with planned on-the-ground segments across the country in the leadup to the consequential 2022 midterms.

Dowd was the chief strategist for the Bush-Cheney ’04 presidential campaign before joining ABC News in Dec. 2007 as a political contributor. He was elevated to the role of ABC News special correspondent in Feb. 2013 , and was later named the network’s chief political analyst. Dowd left ABC News in Jan. 2021.

Over his 13 years at ABC (Dec. 2007- Jan. 2021), Dowd was a consistent presence across all of the network’s political programming, including special event broadcasts (election nights, inaugurations, impeachments, etc.), as well as the network’s Sunday public affairs series This Week.