NEXT:Carl Cameron is Retiring From Fox News
PREVIOUS:ABC Finishes No. 1 in the Eclipse Ratings Race

Matt Lauer is the highest-paid TV newser for 2017, according to Variety.

Surprisingly no Fox Newsers are included in this list.

Though salaries for these TV newsers dwarf anything BBC news anchors pull in each year, none of them have anything on Ellen DeGeneres, who is pulling in $50 million this year from her long-running syndicated program. 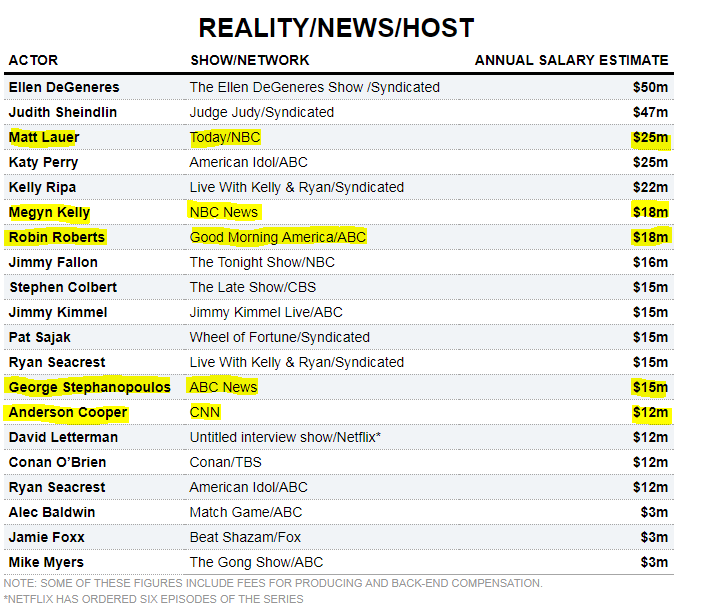