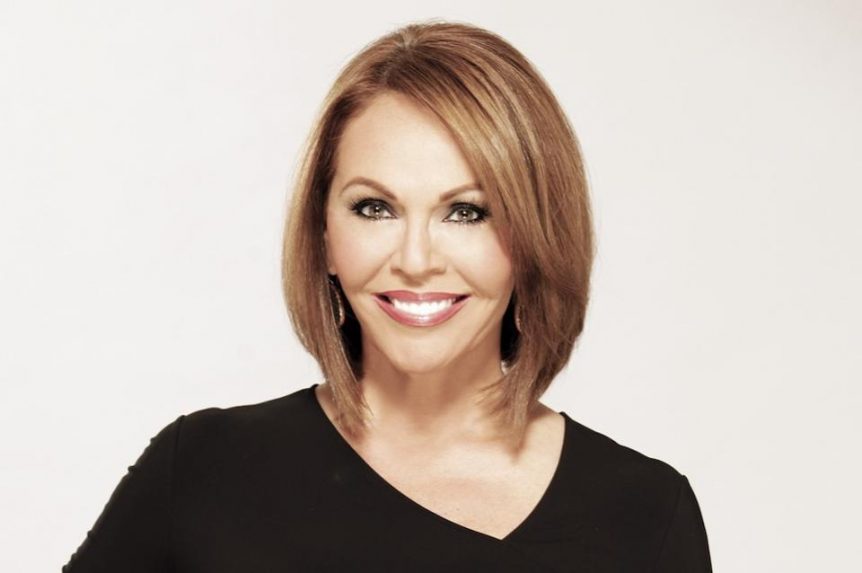 Salinas has spent her entire journalism career at Univision, starting in 1981 as an anchor and public affairs host at Los Angeles station KMEX. She moved to the network in 1987 and since 1991 has called Miami home, which is the production hub for Univision News. Salinas is also co-host of the weekend news magazine Aquí y Ahora. She’ll depart when her current contract is up at the end of the year.

In 2012, Salinas became the first Latina to receive an Emmy Award for Lifetime Achievement from the National Academy of Television Arts and Sciences. In 2014, she won a Peabody award and a Walter Cronkite award for her special about the mass migration of children from Central America to the U.S. And earlier this year, she was inducted into the NAB Hall of Fame.

In a 2009 interview, Salinas told us about the early days of her career, before the explosive growth of the Hispanic community in the U.S. “People who came into the industry always saw Spanish-language media as a stepping-stone to bigger and better things. [Latinos] figured this is where we might learn a little bit about the profession and then move on to, you know, real TV: ABC, CBS, NBC. And what happened is little by little Spanish-language media has grown so much that now it’s the other way around.”

Salinas has interviewed presidents (Barack Obama) and dictators (Manuel Noriega) and celebrities (Jennifer Lopez). Born in Los Angeles to Mexican immigrant parents, Salinas wrote in her 2009 memoir I Am My Father’s Daughter that late in life she learned her father had been a Catholic priest.

In addition to her duties for Univision, Salinas hosts The Real Story on Investigation Discovery.

More: On her show this evening, Salinas said she will continue on as an independent journalist when she leaves Univision. “Now to be direct, as I always have been: I haven’t been pushed out, I haven’t quit, I’m not retiring. And I’m not leaving to another place to do the same as I do here,” she said.

I am writing to inform you that after an extraordinary career devoted to shining a spotlight on the issues and events that matter most to the Hispanic community, María Elena Salinas has decided to leave her post as anchor of Univision News at the end of 2017.

María Elena has made an indelible mark on American television and for a generation of Hispanics who have come to rely and trust her fearless pursuit of truth. Since her early days at Univision’s KMEX in Los Angeles, her keen insight into the issues that affect Latinos has made her a valued and trusted source of news and information in the community. Attached is the external announcement with additional information. In the coming months, we will announce plans for the new anchor who will join Jorge Ramos on our flagship newscast and plans for the co-host who will join Teresa Rodriguez on our weekly newsmagazine show Aqui y Ahora.

When María Elena was named anchor of our national newscast in 1987, she broke new ground on multiple fronts. During her tenure, her work as anchor, her role as co-host of “Aquí y Ahora,” multiple news specials and public affairs shows, along with her community outreach to Hispanics, have made her one of the most respected and influential voices in America. Her many interviews of heads of state and other newsmakers, coverage of breaking news and her spotlight on immigrant issues made her a household name among generations of viewers.

Her unforgettable story “Entre el abandono y el rechazo” (Between Abandonment and Rejection) about the arrival of thousands of unaccompanied minors to the U.S. earned her some of journalism’s top accolades, including the Peabody, Walter Cronkite, Emmy and Gracie awards. Among many other distinctions, she received the Lifetime Achievement Emmy from the National Academy of Television Arts and Sciences and was named to the National Association of Broadcasters 2017 Hall of Fame. She will be inducted into the Broadcasting & Cable Hall of Fame on October 17.

I would like to thank María Elena for all she has done for UCI and the community we serve. Please join me in wishing her the best as she prepares to open a new chapter in her professional life.