NEXT:Thursday, Feb. 4 Scoreboard: CNN Is No. 1 Among Adults 25-54, MSNBC Averages Most Total Viewers
PREVIOUS:President Biden Says in Super Bowl Sunday Interview That He Hopes Next Year's Game Will Be Played in a 'Full Stadium' 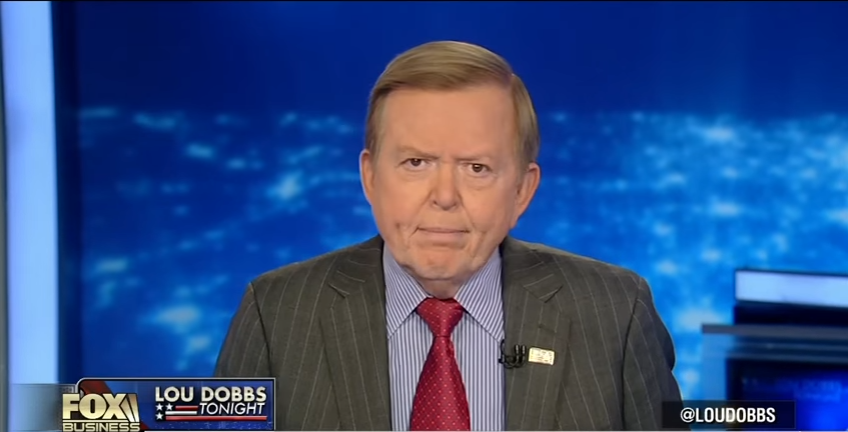 The program, which broadcasts weekdays at 5 p.m. ET and re-airs at 7 p.m. ET, had its final airing Friday.

L.A. Times Steve Battaglio was on it first.

“As we said in October, Fox News Media regularly considers programming changes and plans have been in place to launch new formats as appropriate post-election, including on FOX Business – this is part of those planned changes,” a Fox News Media spokesperson said in a statement. “A new 5PM program will be announced in the near future.”

Beginning Monday, Fox Business’ 5 p.m. hour will be named Fox Business Tonight, and led by rotating substitute hosts Jackie DeAngelis and David Asman, who filled in for Dobbs on Friday.

It was recently announced that former National Economic Council director Larry Kudlow will be hosting a program on Fox Business in the near future. Perhaps that show ends up filling the 5 p.m. time slot, or maybe the network ends up sticking with either DeAngelis or Asman in the hour.

Smartmatic has alleged that the aforementioned hosts, as well as Trump personal attorneys Sidney Powell and Rudy Giuliani  have spread lies and disinformation about Smartmatic’s role in the 2020 presidential election that have severely damaged its business and overall reputation.

(Fox News says it is “proud of our 2020 election coverage and will vigorously defend this meritless lawsuit in court.”)

Dobbs’ show has been canceled, but he has not been fired by the company. He is still under contract with Fox News, and has been former President Donald Trump‘s most ardent supporter on television news for a while now. For years, his show has averaged the largest total audience of any program airing on a business news network.

Lou Dobbs Tonight launched on Fox Business Network in March 2011 —more than a year after the host was fired from CNN amid disagreements with upper management. Dobbs had been one of Ted Turner‘s original hires at CNN, joining the network in 1980 and hosting the program Moneyline.