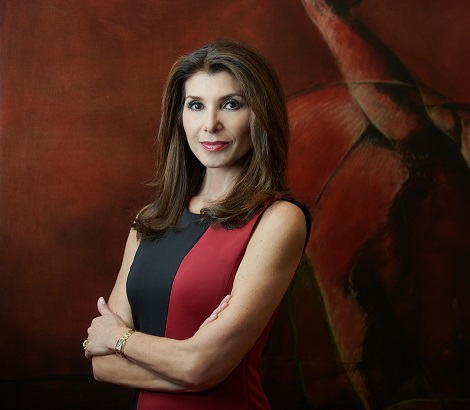 The longtime face of CNN En Español is taking on a new challenge at a new home.

Patricia Janiot is heading to Univision, where she will co-anchor the network’s late-night newscast, Noticiero Univision Edición Nocturna, alongside Enrique Acevedo.

Beginning January 2018, Janiot will take over the Edición Nocturna co-anchor role vacated by Ilia Calderón, who is joining Jorge Ramos on the network’s national evening newscast Noticiero Univision. Calderón is being promoted due to the departure of Univision’s iconic news anchor María Elena Salinas.

In addition to her new role as Edición Nocturna co-anchor, Janiot will co-anchor Univision’s weekly prime time news magazine Aquí y Ahora (Here and Now), with the aforementioned Calderón and Teresa Rodríguez, and she will launch a new Latin America-focused news program on all Univision News digital platforms. Additionally, Janiot will develop content for special programs for Univision News.

“The addition of Patricia Janiot to our outstanding team of celebrated journalists is one more feather in the cap for Univision News, and we’re thrilled to have her on board,” Univision News president Daniel Coronell said in a statement. “Patricia’s stature and recognition in the international news media industry are indisputable, as is her unwavering commitment to journalistic excellence.”

Janiot is known to millions of viewers across the U.S. and Latin America as CNN en Español’s senior anchor, a role she has held for 20 years (1997-2017).

Since 2003, Janiot has been the solo anchor of CNNE’s flagship prime time newscast, Panorama Mundial, which was honored with an Emmy in 2014. In 2016, she also began hosting Nuestro Mundo, a news magazine that airs on Sundays.

Janiot worked at the cable network for nearly 26 years in total.

“Although leaving CNN was a difficult decision, I felt it was time to take on new challenges and I’m delighted to have the opportunity to do so at Univision,” said Janiot. “I look forward to joining Enrique Acevedo on ‘Noticiero Univision Edición Nocturna’ every weeknight, working with Teresa Rodríguez and Ilia Calderón on ‘Aquí y Ahora,’ and developing new multiplatform projects with the Univision News team. After almost 26 years, life has pleasantly surprised me by bringing me back to the company where I first launched my broadcast journalism career in the United States. I’m very excited about this new phase in my professional life.”