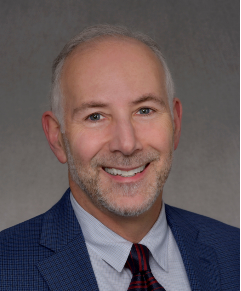 “Jason is a talented journalist and storyteller, who has been a key part of the broadcast since 2000,” said CBS Sunday Morning executive producer Rand Morrison. “Jason is also a proven leader who can inspire co-workers to deliver their best.”

“I am thrilled to be working closely with Rand to see that CBS Sunday Morning continues to be the unique and beloved broadcast it has been for 40 years…and counting,” Sacca said.

A 35-year veteran of CBS News, Sacca’s work has earned him numerous Emmys, among them 4 Daytime Emmys as part of the team behind Sunday Morning’s Outstanding Morning Show honors, most recently in 2019. He’s also earned the Edward R. Murrow Award, the Gracie Award and the National Association of Hispanic Journalists Award, among others.

Sacca joined Sunday Morning in 2000 as a producer, and was promoted to senior producer of TV’s most-watched Sunday show in 2012. In addition to his weekly show-running duties, he was the lead producer on two recent Emmy-nominated special broadcasts, Mind Matters and 40 Years of Sunday Morning, as well as two prime time specials.

Prior to Sunday Morning, Sacca severed as a researcher for the CBS Evening News, as producer on CBS This Morning, and as a medical producer and then Eye on America producer for the Evening News. He’s covered major international and national events including the Exxon Valdez disaster, the 1988 presidential campaign, Space Shuttle launches, the death of John F. Kennedy, Jr., the crash of TWA Flight 800 and many more.

Sacca began his career at CBS News in 1985 as a desk assistant.