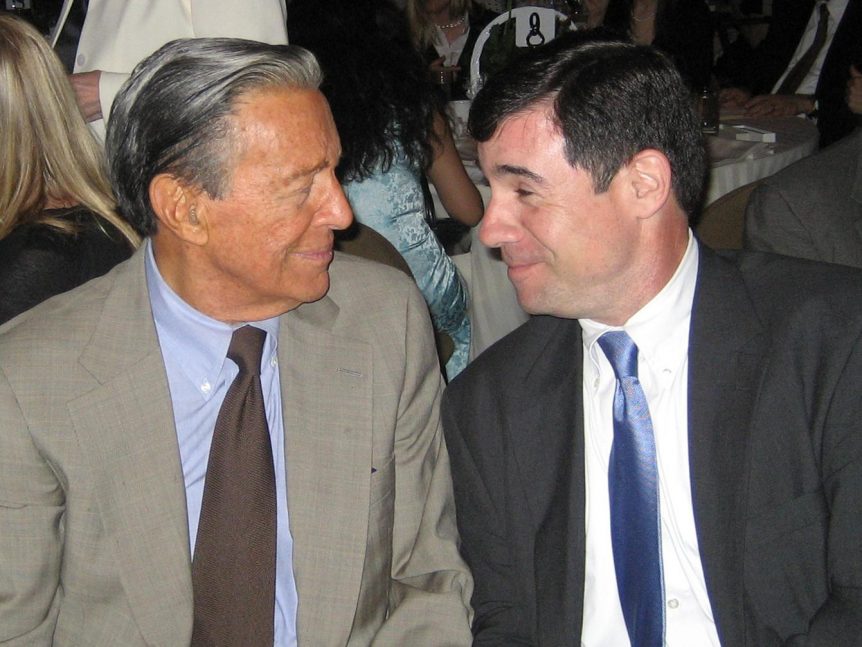 CBS News’ longtime head of communications for 60 Minutes, Kevin Tedesco, is retiring today after more than 25 years with the company.

Kevin Tedesco first joined CBS News in 1995, and was promoted to head up communications for the program in 2009. Throughout his tenure, he helped to publicize the work of 60 Minutes legends like Don Hewitt, Mike Wallace, Ed Bradley, Morley Safer, Andy Rooney and Bob Simon.

“It’s been an incredible run, a job whose description I couldn’t have custom wrote for myself because it would have been asking for too much. I am blessed. To work at 60 Minutes was a privilege,” Tedesco told TVNewser. As for what’s next for him, “I will be playing more golf and catching more fish.”

Tedesco (pictured above with Wallace at a New York event ca. 2000) was at 60 Minutes for an astounding 1,308 broadcasts and more than 2,000 original segments.

While CBS News did not release an official statement about Tedesco’s retirement, the 60 Minutes Twitter feed offered a tribute to him earlier today:

And now, a note about us.

Today, this broadcast’s longtime head of communications, Kevin Tedesco, is retiring from CBS News. The team at 60 Minutes will miss his integrity and relentless commitment to telling the world about our work.

From all of us: Thank you, Kevin.

Before arriving at CBS News, Tedesco held communications roles at Ayer, Inc., ad agency Young & Rubicam and NLC Public Relations. He began his career at J.C. Penney as a copywriter, and holds a B.A. in English from Northeastern University.