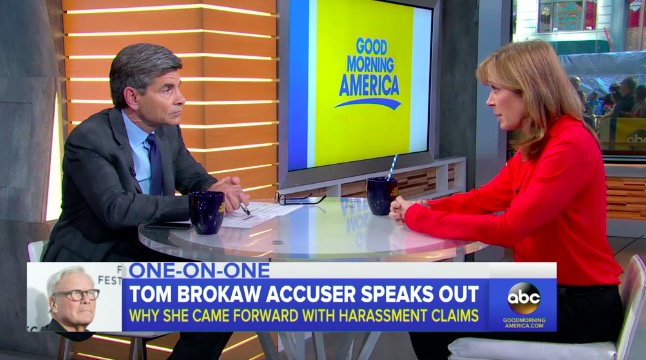 As part of his coverage of the release of NBC’s internal investigation into Matt Lauer, ABC’s George Stephanopoulos talked with former NBC News and Fox News anchor Linda Vester about her complaints about another NBC News star.

“George, my memory of those incidents is crystal clear,” Vester told Stephanopoulos. Brokaw has denied the accusations.

Vester said NBC has reached out to her attorney to discuss the allegations. “When NBCUniversal hires outside counsel to do a proper, thorough investigation I will be glad to sit down with them,” she said.