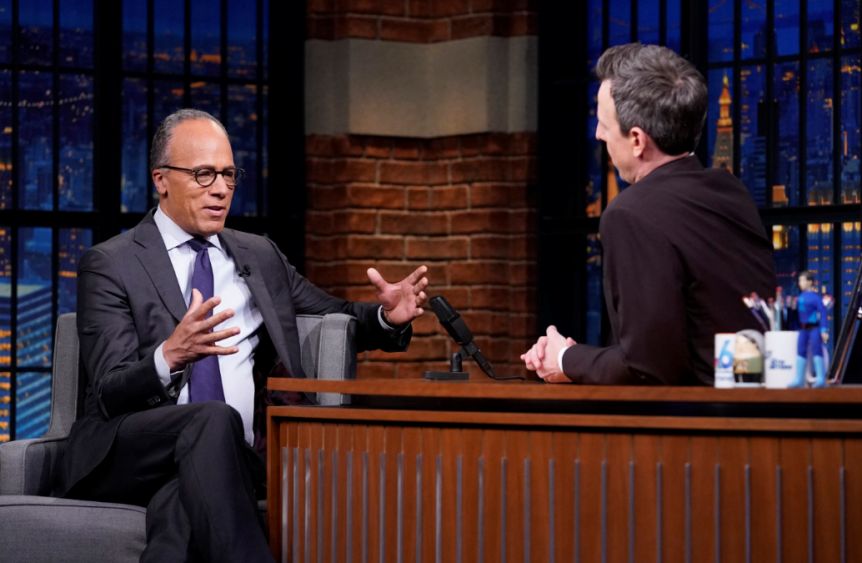 The 12:35 a.m. host asked the NBC Nightly News anchor about the “weight” of this impeachment trial and how he feels about it:  “It feels weighty when I think about the whole constitutional basis for it; the idea that we could put a President out of work here,” said Holt. “But at the same time, we all went in with the knowledge that the numbers are such with the Republican majority that he will likely be acquitted but now, we’ve seen some drama on this issue of whether we’ll see witnesses or evidence, so all bets are off.”

Meyers asked Holt an interesting question – whether he thinks after the Trump administration is over if news will “re-set” to what it was before the Trump era: “I don’t think it’s us that will reset,” said Holt. “I think the question is will government look the way that many people remember it, and keeping in mind a lot of people are very happy with where we’re at. But definitely there’s a different feel and you do wonder what the relationship will be like, what we’re going to be covering in 5 years, 6 years from now; will it be this constant ‘onto the next story’ kind of a feel?

Holt also spoke about growing up a news junkie, and his memories of the Nixon impeachment proceedings. “I was a bit of a news junkie and I recognized the importance of it and when we learned that President Nixon was going to give his resignation speech, I dug out my tape recorder and my cassettes and I set it up on the radio to record it because it was history and someday, I would play that tape to my children to explain to them what had happened, not realizing there would be a thing called YouTube.”