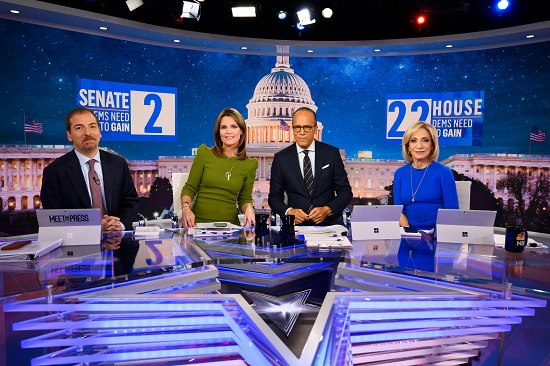 As has been the case for NBC News’ live coverage of significant news events in recent years, 2020 convention coverage will be headlined by the quartet of Lester Holt, Savannah Guthrie, Chuck Todd and Andrea Mitchell.

Holt and Guthrie will anchor the festivities from New York, with Todd and Mitchell joining from NBC News’ Washington bureau.

NBC’s cable news channel MSNBC has announced its 2020 convention coverage plans as well. The network will deliver live, special coverage from 7 p.m.-2 a.m. ET each night of the conventions. starting with The ReidOut at 7 p.m. ET and All In With Chris Hayes at 8 p.m. ET both weeks.

At 9 p.m., MSNBC will move to its main prime-time coverage, co-hosted by Rachel Maddow with Joy Reid and Nicolle Wallace. The trio will be joined by Brian Williams who continues coverage at 11 p.m. ET, followed by Ari Melber at 1 a.m. ET. 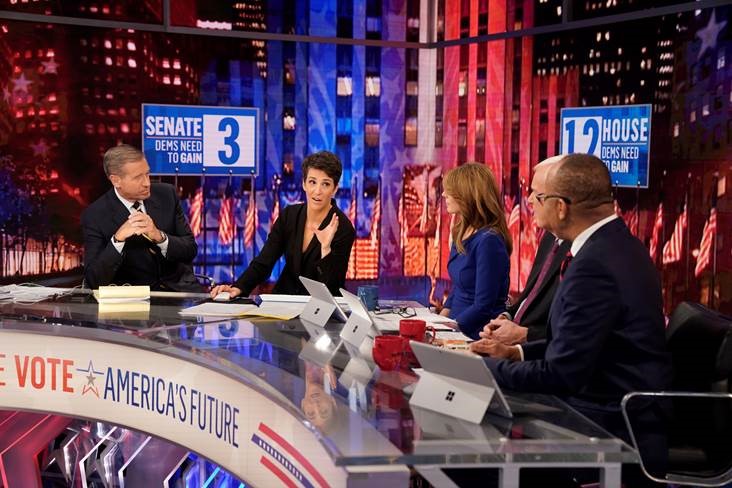 The NBC News digital politics team will live blog all nights of both the DNC and RNC, including minute-by-minute updates and fact checks with contributions from NBC News reporters at NBCNews.com/Decision2020.

From now through Election Day, correspondents Garrett Haake and Ellison Barber will travel to key locations throughout the country talking with voters on the ground about the issues impacting them most.

Reporters Dasha Burns and Hillyard will continue to report for NBC News’ County to County project through both conventions, highlighting the issues facing voters in key bellwether counties across the U.S.

NBCNews.com will continue to publish Election Confessions, where voters can share their anonymous thoughts about the presidential candidates and the state of the country.

NBC News Digital will also feature Road to 270, an interactive web tool where users can design and map their own road to the presidency. Users can also see the latest scenarios from Steve Kornacki and Todd.

In addition to NBC News’ election and convention content existing across NBC News websites and streaming platforms, additional coverage will be available on the new pop-up channel on Peacock, NBC News Archives; on the Gen-Z news show on Snapchat, Instagram and TikTok, Stay Tuned; on The Report on Quibi; and across NBC News podcasts and show casts.