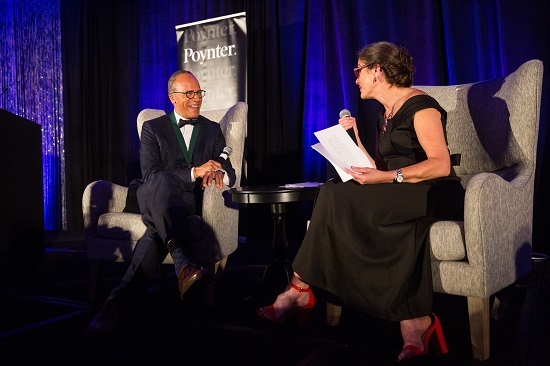 Lester Holt has been racking up the honors in 2018 for his successful, high-profile career in journalism.

The NBC Nightly News and Dateline NBC anchor was honored by Poynter on Saturday night, receiving non-profit’s medal for Lifetime Achievement in Journalism at the annual Bowtie Ball in St. Petersburg, Florida, home of the Poynter Institute for Media Studies’ national headquarters.

Introducing Holt, Poynter president Neil Brown recounted a conversation with Holt’s colleague Andrea Mitchell: “What sets Lester apart is his obsession with getting out from behind the anchor desk and to the scene of breaking news.”

Brown quoted Mitchell as saying about Lester: “In the middle of chaos, he is flawless.”

“Those of us who do journalism we do it because we have a passion for storytelling,” Holt remarked. “For truth. For meeting people. For getting the answers. We do it for our audiences and not for each other. At the same time it means so much to be acknowledged by an organization like this that is so committed to journalism.”

At the end of his remarks, Holt offered this thought: “These are times with a lot of noise, we help people cut through it. And with organizations like Poynter supporting good journalism, we’re going to be OK.” 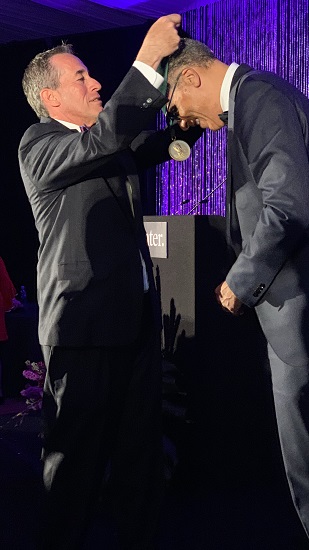 Earlier in the night, Poynter raised over $100,000 in a live auction for their ongoing efforts supporting journalism.

After accepting the medal, Holt picked up a bass (as he often does) and joined Orquestra Infinitdad, a local Latin and salsa orchestra, for renditions of Santana’s Oye Como Va and a Latin-style Jingle Bells as onlookers crowded the stage taking selfies and videos. 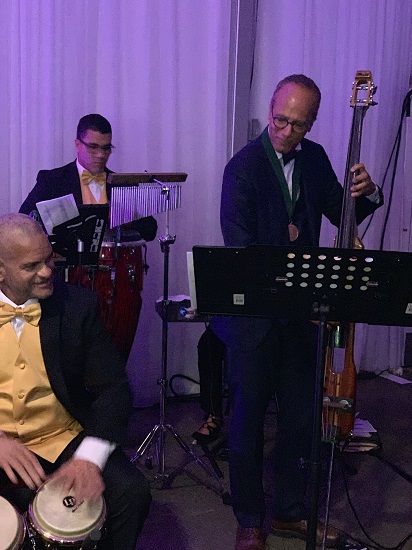 Holt was not the only honoree of the night. New York Times chairman Arthur Sulzberger Jr. was also honored with the organization’s Distinguished Service Award.