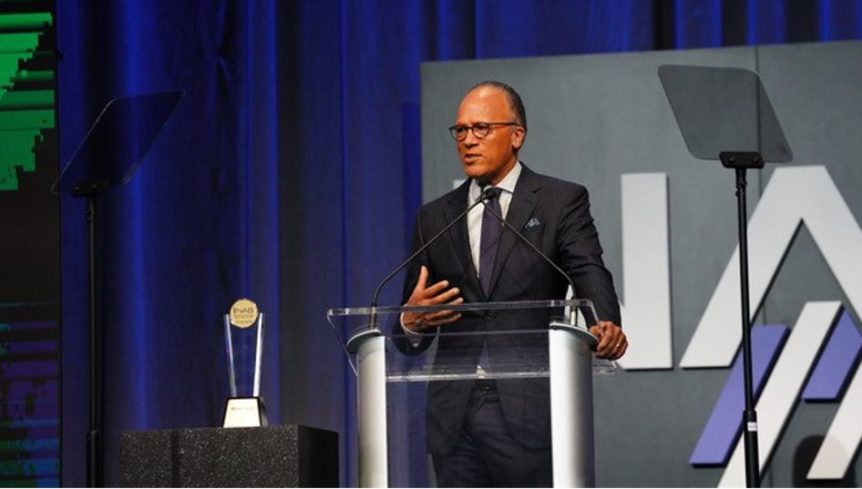 The 2022 National Association of Broadcasters inducted NBC Nightly News and Dateline anchor Lester Holt into its Achievement in Broadcasting Hall of Fame this past Sunday.

Holt was at the annual NAB Show in Las Vegas over the weekend to accept the honor, telling event attendees, “I have so much respect for this medium [broadcast television] and so much belief in its future,” adding, “And yes, the media landscape is rapidly evolving but broadcast programs remain important touchstones in our culture, our society, holding true to a legacy of excellence and integrity—while always peeking around the corner of technology to deliver to our audiences where they are and how they consume our work and product.”

The Hall of Fame inductee also stressed mentorship. “It’s important that none of us forgets where we came from, or who was there for us to help us succeed. None of us walked through that door of opportunity alone, our footprints were on the shoulders of others. Yes, fame sometimes comes with the job—and I am very proud to accept this honor—but let’s never forget that what we do is not for us, it’s not for our peers, but for our audiences.”

Holt’s former MSNBC colleague (now NewsNation host) Ashleigh Banfield sat down with the longtime newsman for a NAB main stage conversation ahead of the ceremony. 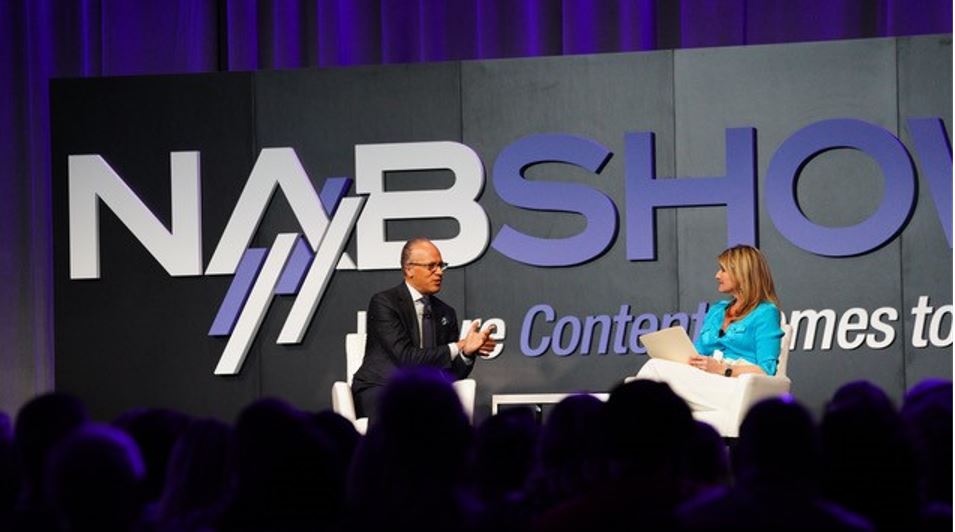 This is yet another honor for Holt in a journalism career filled with them. He earned the Edward R. Murrow Lifetime Achievement Award in Journalism in March 2021. In 2019, he received the prestigious Walter Cronkite Award for Excellence in Journalism and was honored with Quinnipiac University’s Fred Friendly First Amendment Award in 2017.

The NAB Show, which in the past has drawn as many as 100,000 broadcast media professionals, is currently being held in person at the Las Vegas Convention Center for the first time since 2019.

Based in Washington D.C., the National Association of Broadcasters represents more than 8,300 terrestrial radio and TV stations, as well as broadcast TV networks.