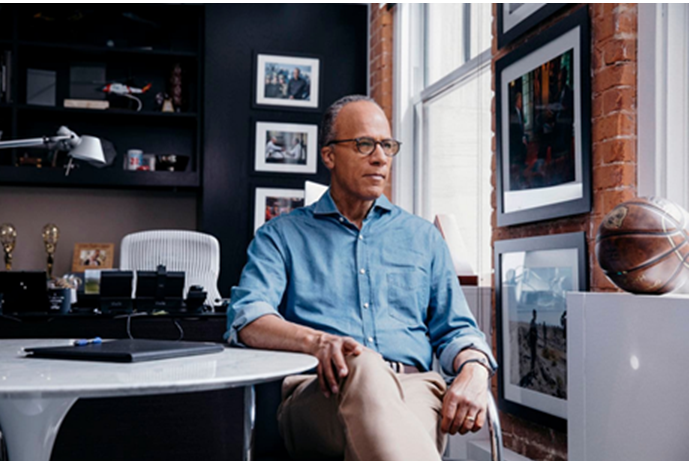 NBC Nightly News and Dateline anchor Lester Holt has been promoting his Dateline special, Life Inside, and a corresponding MSNBC town hall meeting focusing on criminal justice reform this week, both of which are parts of a broader NBC News initiative named Justice For All.

The news division-wide report about the criminal justice system and issues pertaining to mass incarceration in America is the brainchild of both Holt and his producer Dan Slepian.

“What I hope people do is take some time to watch and learn about this,” Slepian told the AP regarding the special. “Before people are so quick to say, ‘lock ‘em up and throw away the key,’ learn about the effect it is having on you — not them.”

Holt has been passionate about the subject of criminal justice reform going back to his local news days covering crime as an anchor at WBBM, the local CBS affiliate in Chicago.

For the Dateline special, set to air this evening, the Nightly News anchor and his team made their way to Angola, site of the Louisiana State Penitentiary, the country’s largest maximum-security prison, to get a grasp of what life is really like for inmates and staffers, those who are directly impacted by laws pertaining to criminal justice.

This wasn’t any ordinary visit. And it wasn’t meant to be some sort of stunt.

For two nights, Holt slept in a cell in Angola’s death row, next to prisoners who were locked inside except for an hour a day of exercise in the prison yard. The man in the cell next to Holt apparently hadn’t been outside in four years.

Angola is a unique place. It’s known for its one-of-a-kind prison rodeo, put on by the inmates each year, and the land on which it sits was formerly three separate slave plantations, one of them named after the home country of the slaves held there.

And as the Washington Post‘s Sarah Ellison notes, the significance of embedding a black man in a federal prison filled mostly with other black men was not lost on Holt.

Angola still operates a farm, where prisoners grow everything from tobacco to carrots. The inmates are paid pennies a day for their work. One afternoon, Holt was out in the fields with them, and one said: “It’s like slavery out here.” Holt replied, “Everyone here looks like us.”

“It’s obviously not slavery, but you know, I couldn’t help but be struck by here we are a bunch of black guys picking produce,” he said.

Prisoners hailed from different generations, and Holt was struck by the number of older inmates. 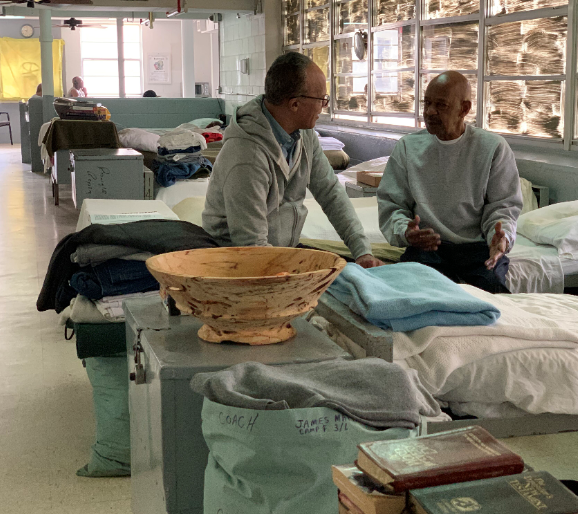 “Intellectually I understood that there would be guys who are old,” Holt told the AP. “But when you see guys in their 70s and 80s, it kind of raises the idea of why are they still here? Obviously, they committed a horrible crime when they were younger. Is prison supposed to be a punishment? Rehabilitation? Making us safer? In Louisiana, they decided it wasn’t making them safer.”

On Sunday evening, MSNBC will re-air the Dateline special, and then present a taped town hall meeting from Sing Sing Correctional Facility, another maximum-security facility up in Westchester County, where Holt discusses the topic of the week with John Legend, former U.S. AG Loretta Lynch, and 25 inmates from the prison.

Apparently producing this town hall was quite a tall task. No outside communication devices are allowed at Sing Sing, and NBC News reportedly had to arrange for some pieces of its set – built at the prison with a forklift and other heavy machinery the network actually had to buy separately – to be sent from as far away as Las Vegas.

“We have never done anything like this,” NBC News and MSNBC svp of specials Rashida Jones told Variety. “This is just taking the spirit of that town-hall conversation and taking it up ten notches.”

Here’s Holt promoting the Justice For All NBC News series, including the Dateline special and Sunday’s MSNBC town hall on The Tonight Show.