NEXT:Eric Bolling Out at Fox News; The Specialists Canceled
PREVIOUS:FBN's Gerri Willis Raises Over $18K in Her 'Race for the Cure' 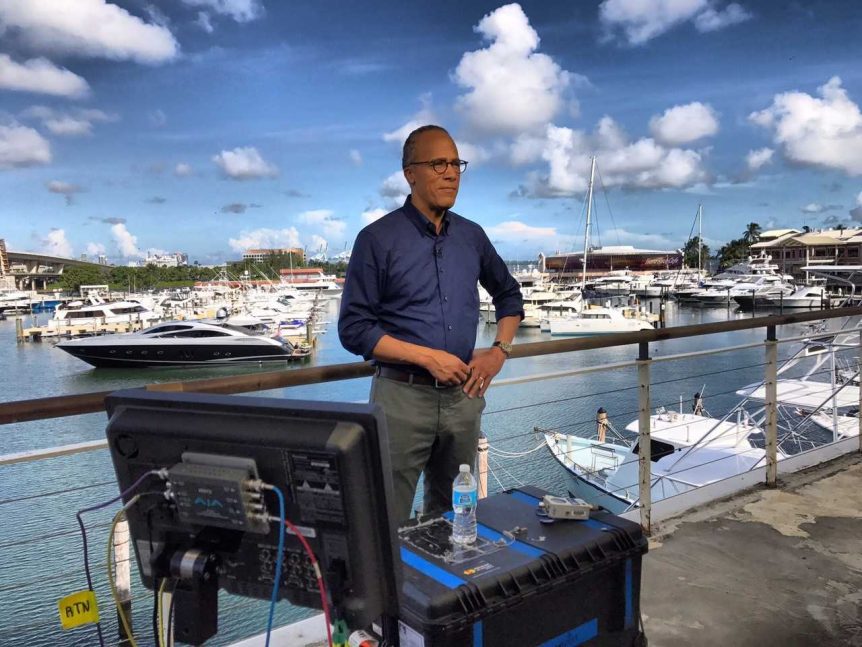 Like many anchors, managers and producers in TV news, Lester Holt is among the TV newsers who’d planned to be in California tonight for the annual Excellence in Journalism conference, but Hurricane Irma has them hunkered down in Florida.

After signing off Nightly News tonight from Miami, Holt accepted the Radio Television Digital News Association’s Paul White Award, recognizing a lifetime of service to the profession of electronic journalism.

“I am disappointed that I am unable to accept this honor in person,” said Holt from Miami. “However, if there is one audience who would understand, it is this one – my fellow news people.”

Holt has had quite a week. After reporting from Houston last week following Hurricane Harvey, Holt returned to New York, and on Tuesday became a first-time grandfather. Henry Holt was born Tuesday to Holt’s son, WNBC anchor Stefan Holt and his wife Morgan.

On Thursday he made his way to Florida to begin coverage of Irma.

“News is what we do,” Holt told the crowd at the EIJ conference. “As you are well aware, big news is developing here in the Southeast. So no apologies but certainly ‘thanks’ is due for your understanding and support.”