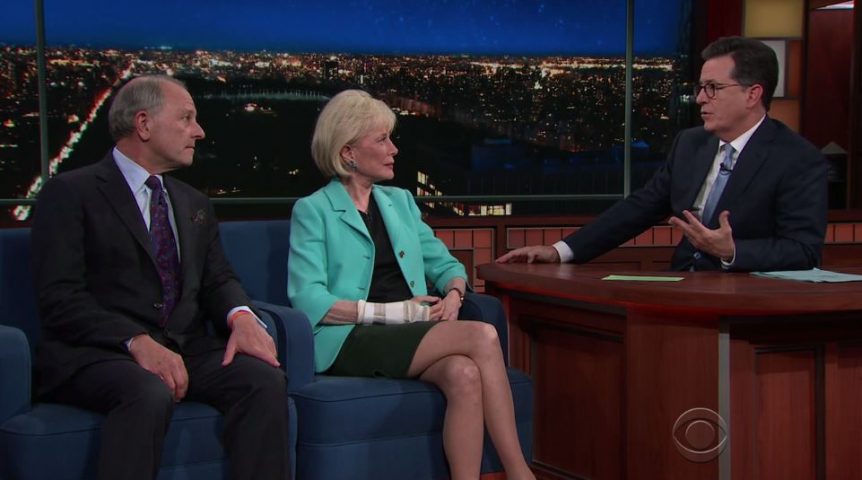 Over on another CBS program, Late Show with Stephen Colbert, 60 Minutes ep Jeff Fager and correspondent Lesley Stahl were on last night to talk about the show’s 50th anniversary season. Stahl talked about the competitive nature of being a 60 Minutes correspondent, joking that that’s what led to her hand injury. (She actually fell a few weeks ago and broke a bone. She’s nearly healed, we hear.)