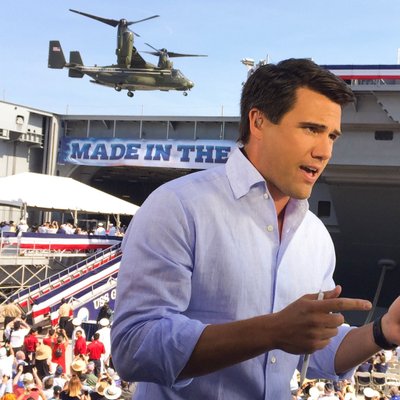 “No one else has instant access to as many newsrooms as we have in the Nexstar family of stations,” NewsNation president of news Michael Corn said in a statement. “Rush Hour and On Balance emphasize our commitment to building a unique, one-of a kind news network that is independent, respects its viewers, and remains dedicated to keeping them engaged, with just a little bit of unpredictability thrown in for good measure.”

Vittert joined NewsNation from Fox in May as anchor/correspondent and has been covering national affairs and delivering special reports for the network, including the recent Biden-Putin Summit in Geneva.

From 2015 to 2021, Vittert anchored FNC’s America’s News Headquarters, a weekend afternoon newscast, and was a correspondent during that time as well.

Vittert previously served as a foreign correspondent based in Jerusalem for Fox News and started his work in the Middle East by covering the events of the uprising in Egypt (the “Arab Spring”). In 2011, he was one of the few reporters to broadcast live from Cairo’s Tahrir Square on the night that Egyptian President Hosni Mubarak relinquished power.

Vittert then covered the subsequent revolution in Libya, where he reported on Muammar Gaddafi’s counterattack on citizens. Before moving to Washington, D.C., in 2014, he spent a month in Eastern Ukraine as Russian-backed militias took over parts of the country.

“On Balance will ask ‘why?’ on the most pressing matters of the day without fear or favor,” Vittert said in a statement. “We also believe, sometimes, two opposing views can both be true at once. We will always respect the intelligence of our viewers and promise them an intellectual, sometimes fun and appropriately irreverent program with a balanced a point of view.”

Berlie, on the other hand, joined NewsNation in September of 2020 from WCVB-TV (ABC) in Boston, where she served as anchor of their weekend newscasts. On March 1, she began anchoring the 6 p.m. NewsNational Early Edition with Nichole Berlie.

Ratings for NewsNation have been very poor so far, and The New York Times reported back in March that some staffers expressed concern about the editorial direction of the network due to the involvement of Bill Shine, the former Fox News co-president and one-time Trump administration official who had been hired as a consultant to the network in February. Multiple top editors quit not long after Shine joined.