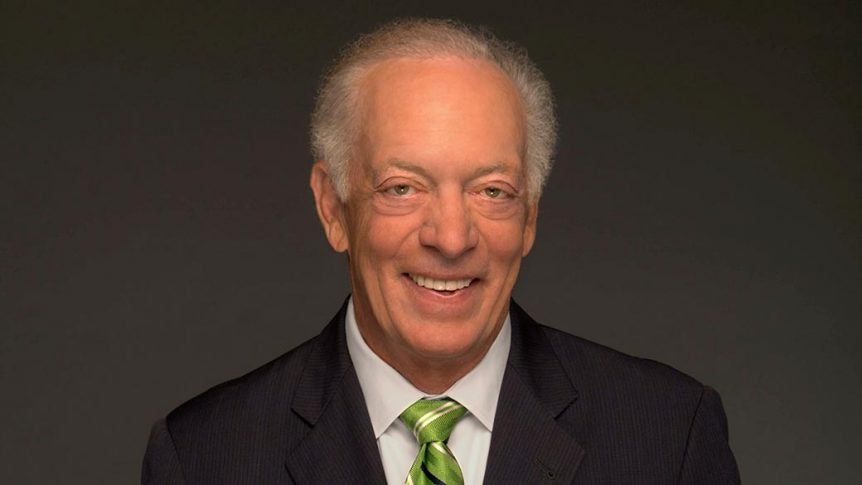 Fox Sports play-by-play broadcaster Dick Stockton is putting down the mic after 55 years on television.

He joined Fox Sports on day one in 1994 and he has been with the network ever since, serving as play-by-play announcer for NFL, MLB and college basketball.

“After a fulfilling 55-year career, I’ve decided to step aside, enjoying the many memorable events I’ve been blessed to cover, and ready to enjoy doing more things away from the broadcast booth,” Stockton said in a statement. “My 27 years at Fox Sports have been the most rewarding, and my talented production colleagues and a loyal, supportive management have made the experience more pleasurable than I had ever hoped. I wish everyone in my field could work for Fox Sports. Working alongside former players and coaches, many of whom are still in the Fox rotation, has been a particular joy. But I feel there is a time to call it a day and allow the many younger broadcasters the chance to develop their careers, just as I had the opportunity years ago. I have nothing but indelible memories of being part of the sports landscape for over seven decades and will now sit back and watch the future of sports broadcasting unfold.”

Fox Sports CEO and ep Eric Shanks added: “Dick’s contributions to Fox Sports began on day one of our existence and will be felt for years to come. He is a cornerstone of this company whose legacy, talent and hard work helped build the NFL on Fox brand. Growing up as a sports fan, I knew his voice signified a big game, but later working with him, I realized just how big and irreplaceable that voice truly is. Dick will be greatly missed, and we at Fox Sports wish him the best in retirement.”

A Hall of Fame broadcaster, Stockton also spent 17 years at CBS Sports and 19 years covering the NBA Playoffs for Turner Sports, in addition to a play-by-play role for TBS’ coverage of MLB postseason. Stockton also served as Turner Sports’ voice for regular season and NBA playoff games from 1995-2013. He called a total of 617 NBA games, the fourth-most for a play-by-play announcer.

Prior to joining Fox, Stockton worked for CBS Sports, calling a variety of sports including the NFL, NBA (lead play-by-play from 1982-‘90), MLB and college basketball (lead play-by-play for NCAA “Elite Eight”), in addition to the World Swimming and Diving Championships, championship boxing, track and field, the Pan American Games and the Olympic Games. Earlier in his career, NBC tapped him to cover NFL games and NCAA tournament basketball. Furthermore, he called play-by-play for Oakland A’s games for KRON-TV in San Francisco.

He also was assigned the Winter Olympics Men’s Skiing events in France in 1992 and the 1994 Norway Games’ speed-skating events for CBS. Stockton called the Gold Medal-winning performances by speed skaters Dan Jansen and Bonnie Blair, moments he considers among the highlights of his career.

Stockton also called six Super Bowls for the NFL Network’s international broadcast between 2002 and 2008, beginning with the Patriots’ upset of the Rams in Super Bowl XXXVI alongside FOX NFL analyst Daryl “Moose” Johnston. Stockton teamed with Johnston four times, and Fox Sports lead NFL analyst Troy Aikman and Sterling Sharpe once each for the international broadcast.

As the voice of the Boston Red Sox from 1975 through 1978 at WSBK-TV, he called Carlton Fisk’s iconic 12th-inning, game-winning homerun in Game 6 of the 1975 World Series for NBC, coining his famous call, “There it goes, a long drive, if it stays fair … homerun!,” in that game. In 1998, TV Guide ranked the Fisk homerun as the top moment in the history of televised sports.