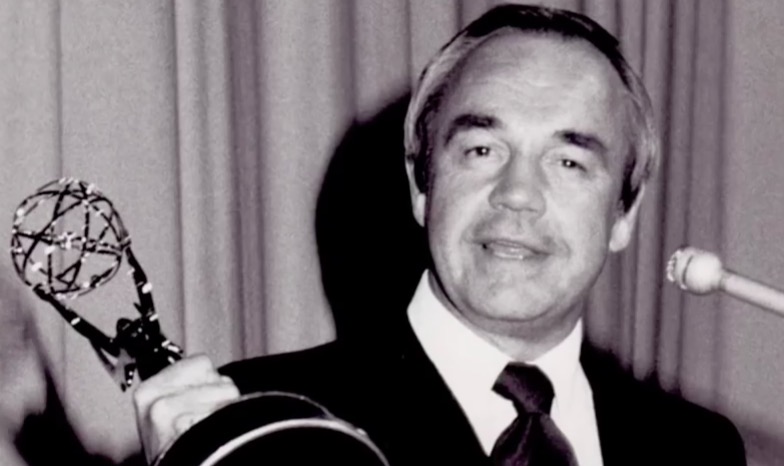 Dick Enberg, who spent 60 years in sports broadcasting, most of that time at NBC Sports, died at his home Thursday in La Jolla, Calif.

Nicole Enberg said the family became concerned when her father didn’t arrive on a flight to Boston Thursday, where she lives.

“He was dressed with his bags packed at the door,” his wife Barbara told the San Diego Union-Tribune. “We think it was a heart attack.”

Nicole Enberg followed her father into the TV business, having worked in communications for both ABC News and NBC News. Two weeks ago he tweeted with joy the birth of a new grandson:

OH MY!!!!!! Great News. Daughter Nicole gave birth this morning in Boston to 8lb 2oz. son, Rafael Pedro Richard Vaz.
Fair warning to all for 2037 French Open. Another Rafa is on his way!

Born in Michigan in 1935, Enberg got his start in TV in the 1960s at Los Angeles station KTLA. He began a 25-year career with NBC Sports in 1973, moved to CBS Sports in 2000 where he primarily called NFL games, while also working for ESPN, beginning 2004, calling Grand Slam tennis. Enberg, 82, retired last year.

Enberg won 13 Emmy Awards in his career as well as a Lifetime Achievement Emmy and has a star on the Hollywood Walk of Fame. The Media Center at UCLA’s Pauley Pavilion was named after Enberg earlier this year. Fox Sports put together this look at Enberg’s career when he called his final San Diego Padres game last year.