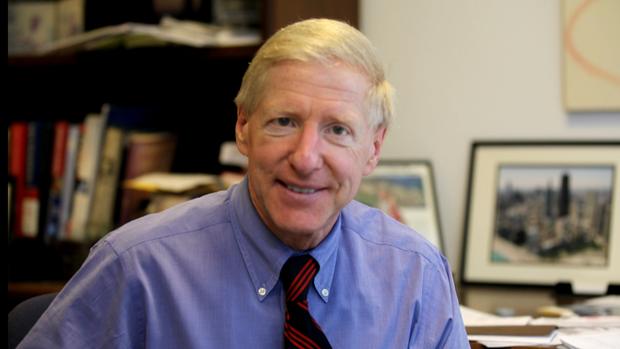 One of the most revered producers in 60 Minutes history, Bob Anderson is calling it a career.

Over his 30 years at the newsmagazine, Anderson has produced more than 180 stories, with his final one airing this past Sunday— an investigation of Saudi citizens escaping American justice.

Anderson offered his response to Pelley’s remarks in a statement to TVNewser: “It’s been said, ‘I wish I were half the man my dog thinks I am.’  I wish I were half the producer Scott said I am. What a life! — An exhilarating honor to work with the world’s finest journalists unearthing stories around the world.”

Anderson began his career as a reporter in Cedar Rapids, Iowa before producing local news in Louisville and Philadelphia. He joined CBS News in 1979 as a producer in the Chicago bureau and went on to become the network’s Tokyo bureau chief.

Following his time in Asia, Anderson returned to the CBS’ Washington bureau, where he covered the 1984 DNC and RNC. He moved to New York to produce for the CBS Evening News and later worked as the network’s foreign editor during such stories as the Tiananmen Square massacre and the fall of the Berlin Wall.

A personal favorite story of Anderson’s was one with Steve Kroft about “cream puffs,” which, as Anderson describes it, are used cars that are supposed to be really great. Unfortunately, he and Kroft found that many of these “cream puffs” were not in fact not so “creamy.”

Watch the late Morley Safer tee it up:

One of the most important stories of Anderson’s career was his 1993 collaboration with Mike Wallace, the correspondent with whom Anderson worked the most during his time at the broadcast.

This story was about child sexual abuse in the Catholic Church, and Wallace was reporting on New Mexico Archbishop Robert Sanchez, who was accused of having sex with young women and covering up similar sexual misconduct by priests in his Archdiocese.

During a 10-mile annual pilgrimage of parishioners in New Mexico, Wallace famously chased down Father Kirsch to ask about the allegations. According to Anderson, it was one of last times Wallace conducted an ambush-style interview.

Anderson also produced Wallace’s 1998 interview with Dr. Kevorkian. The report was named: Death by Doctor. Dr. Kevorkian had previously acknowledged helping more than 130 patients kill themselves, but on the broadcast, he admitted to Wallace that he had killed a terminally ill patient himself.

One of Anderson’s most memorable stories during his time collaborating with Scott Pelley was Pelley’s 2007 interview with Iran’s then-President Mahmoud Ahmadinejad.