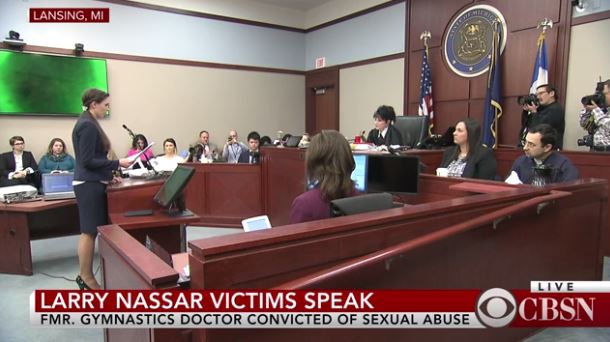 The prosecutor in the sexual abuse trial of former Team USA Gymnastics doctor Larry Nassar, says if it weren’t for investigative journalism, Nassar would still be at his office “practicing medicine, treating athletes and abusing kids.”

“What finally started this reckoning and ended this decades-long cycle of abuse was investigative reporting,” Povilaitis said, crediting the Indianapolis Star for its first report in August, 2016. “We, as a society, need investigative journalists more than ever,” she said.

Nassar faces up to 175 years in prison.

Prosecutor in Larry Nassar case: “We, as a society, need investigative journalists more than ever.”

Without reporters and the first victim to speak out publicly, “he would still be practicing medicine – treating athletes and abusing kids,” she said. pic.twitter.com/Cqcxip6gmd