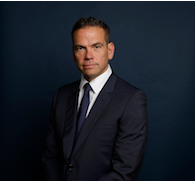 Fox Corp. chief Lachlan Murdoch told staff Tuesday via memo that the company plans to have its phase one office reopening date be “no earlier than September 7, immediately after Labor Day.”

Murdoch said in November of last year that he expected Fox offices not to fully reopen until April at the earliest.

“Beyond the accomplishments of our business, we have been enormously successful in cultivating a collaborative and caring culture,” reads the memo. “Your support for each other, particularly during the ongoing challenges of the pandemic, has exemplified the FOX family mentality. While we spent the last year working in new, and often remote, ways, you have continued to prioritize caring for each other. Similarly, the health and safety of our workforce has remained my priority. With that as the guiding principle, we are deferring our next possible phase one reopening date to no earlier than September 7, immediately after Labor Day.”