CBS News’ chief White House correspondent Major Garrett got to serve as the buffer between the TV news couple today. 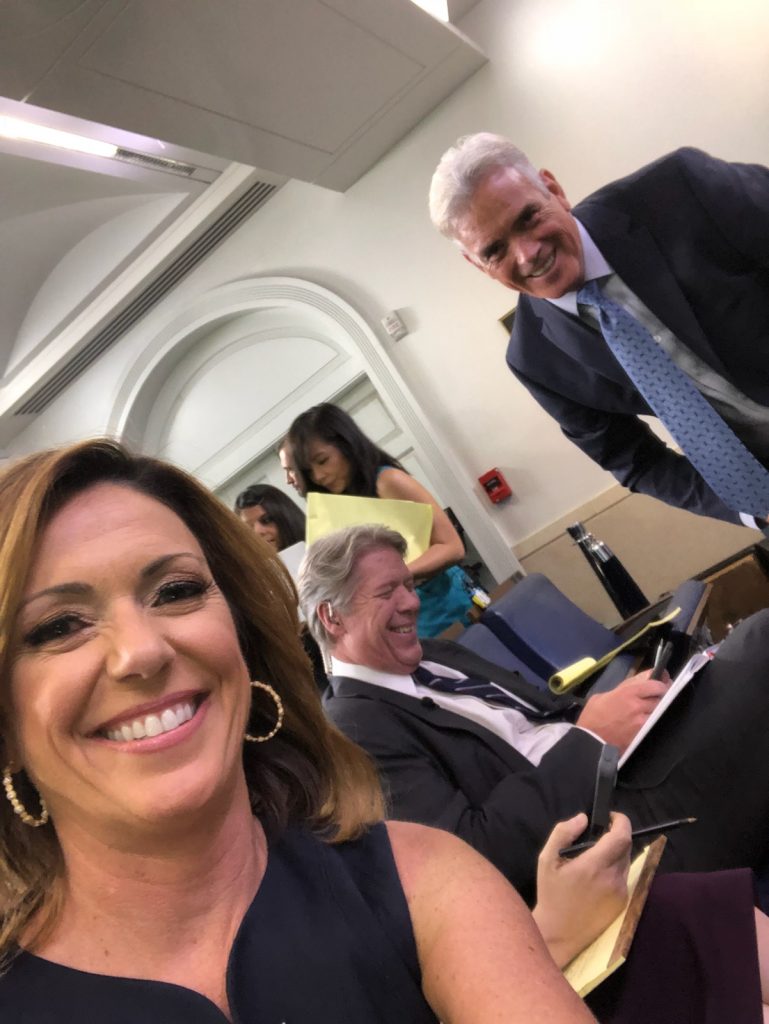 Phillips – an ABC News Investigates correspondent who joined the network this past April after 19 years at CNN – politely asked Sanders for the first question of the briefing.

May I have the first question please? @PressSec @realDonaldTrump

Much to her surprise, she was granted her request. “Sarah, did you just call on me before my husband?” Phillips asked. “Tough battle, yeah,” Sanders responded. “I did, let the record show.” Garrett then jokingly tried to interrupt Phillips, but managed to get he question in. It was about the next supreme court justice:

When asked by @KyraPhillips if Pres. Trump is still committed to appointing a pro-life justice, Sarah Sanders says, “he’s not going to talk to judges about specific cases. He’s looking for individuals that…will uphold the Constitution” https://t.co/AfEIFrfeM5 pic.twitter.com/eUg9vuONmP

Guess who got to answer the second question? Yes, Roberts.

The couple became engaged in April 2010 when they were both at CNN. Roberts was a New York-based anchor of American Morning, and Phillips was an Atlanta-based CNN anchor/reporter at the time. Now they’re based in DC. The couple are parents of twins–son Kellan Clay and daughter Sage Ann–born in March 2011.