NEXT:TV Newsers, Lawmakers Come Together to Celebrate 70 Years of Meet the Press
PREVIOUS:For First Time in 2017, CNN Lands an Exclusive Interview With a Trump 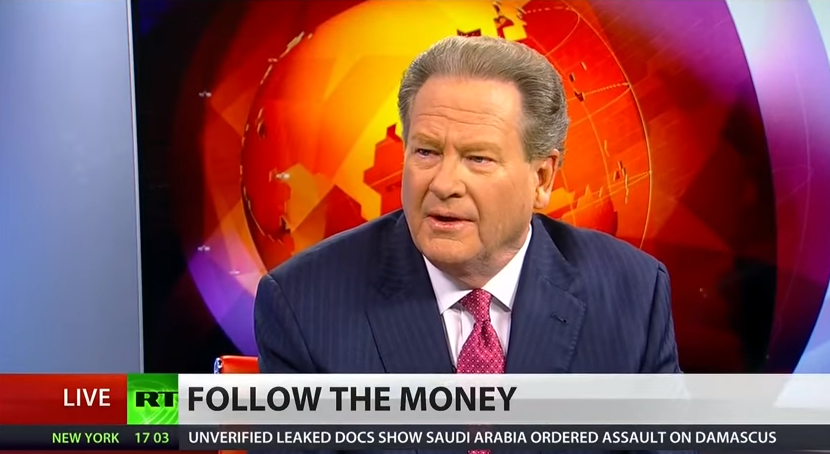 Here’s something you don’t read everyday: A TV news network is being forced to register as a foreign agent.

Margarita Simonyan, editor-in-chief of RT, says the Kremlin-financed 24/7 satellite TV news channel will accept the U.S. demand to register as a foreign agent, but that it intends to challenge the demand in court.

“Between such consequences and registration as a foreign agent, we are forced to choose registration,” Simonyan wrote on the network’s Russian-language website. “Although, of course, we categorically disagree with this requirement.”

“We believe this requirement is not just contrary to the law, and we intend to prove it in court. This requirement is discriminatory, it contradicts both the principles of democracy and freedom of speech,” Simonyan continued.

According to the AP, RT reported Thursday that the Department of Justice told the network that the registration must be done by Monday. Russia’s foreign ministry spokeswoman Maria Zakharova said Russia would retaliate, but didn’t say exactly how.

RT, which broadcasts from Moscow and Washington, launched in 2005 as Russia Today. It endeavors to present global news from a Russian point of view, and to cover stories that it deems are ignored by West’s mainstream news media. It has been widely criticized in the U.S. and Europe as “a propaganda outlet and for trafficking in conspiracy theories.”

Larry King hosts two programs that are funded by RT, though he has publicly stated that the network has never had a say in his show’s content. “I have never — never — been edited or had a show of mine not run,” King told the New York Times last year.

King is not an employee of the network. The network licenses Politicking and Larry King Now from Ora, an outlet King co-owns with the Mexican billionaire Carlos Slim.

Former MSNBC host Ed Schultz, however, is an employee of RT America, and has anchored a daily prime time news program on the channel, News with Ed Schultz, since last year.

Speaking of U.S.-Russian relations, Pres. Trump and Russian president Vladimir Putin briefly spoke and shook hands today at the Asia-Pacific Economic Cooperation summit in Vietnam. They did not have a formal meeting.