NEXT:Here Are TV Coverage Plans for the First Congressional Public Hearings in the Impeachment Inquiry of Pres. Trump
PREVIOUS:Chris Wallace: 'I Think [Amb.] William Taylor Was a Very Impressive Witness and Was Very Damaging to the President' 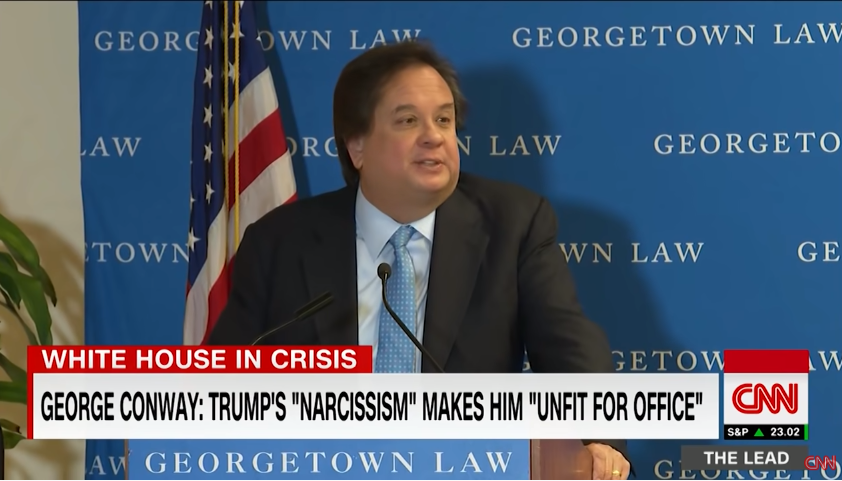 The progressive and anti-Trump factions of Twitter will most certainly be pleased to hear that Kellyanne Conway’s husband George Conway is joining MSNBC’s impeachment coverage today, which is being led by Nicolle Wallace and Brian Williams.

Conway is joining the coverage as a guest, not as an MSNBC contributor.

A high-profile Washington attorney, Conway has been an outspoken critic of the president on Twitter, launching attacks on the commander in chief that garner thousands of “likes.”

Tweets like the one below are quite popular among his 747,000 followers. This one features a link to a 30-page story Conway wrote for The Atlantic, where he questions the mental stability of the president:

“Congress should [consult] psychologists and psychiatrists. Is Trump so narcissistic that he can’t help but use his office for his own personal ends? Is he so sociopathic that he can’t be trusted to follow, let alone faithfully execute, the law?”https://t.co/WdljZPm2nW

His public hatred of Pres. Trump comes across as a bit extraordinary considering his wife is Kellyanne Conway, counselor to the president and someone who is a very staunch defender of the president. He was also a longtime Republican (changing his party affiliation to Independent last year) and was reportedly on the short list of candidates considered by Pres. Trump for U.S. Solicitor General.