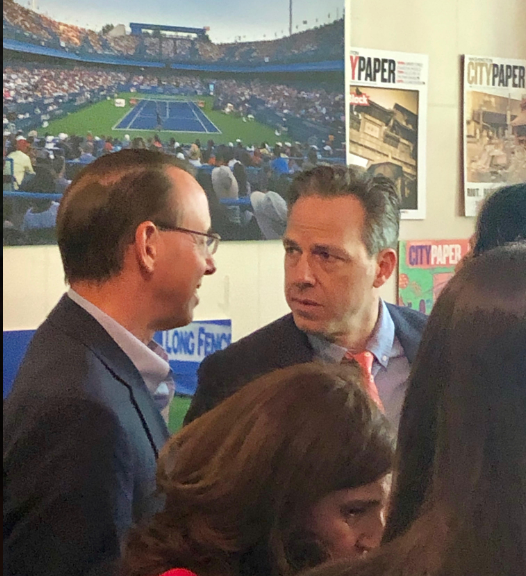 Three of the most high-profile attendees of the event, which is meant to celebrate the First Amendment, have a connection to the sitting administration.

We noticed President Trump’s personal attorney, Rudy Giuliani there. He spent nearly an hour and a half at the party.

Counselor to President Trump, Kellyanne Conway was at the brunch as well. Her appearance came across as a bit of a surprise considering President Trump recently directed administration officials not to attend the Dinner. Perhaps the events surrounding the dinner weren’t part of that directive.

It will be interesting to see if Conway shows up at any of the other parties this weekend, but we do know that she’s set to appear on State of the Union with Jake Tapper tomorrow morning.

Deputy attorney general Rod Rosenstein came by as well. He was seen speaking with the aforementioned Tapper, Jay Leno and plenty of other partygoers.

Rosenstein was there with his daughter and wife for nearly the entire time, and out of all the attendees, it was he who seemed to get the most attention. (My guess is the recent release of the Mueller report had something to do with that). 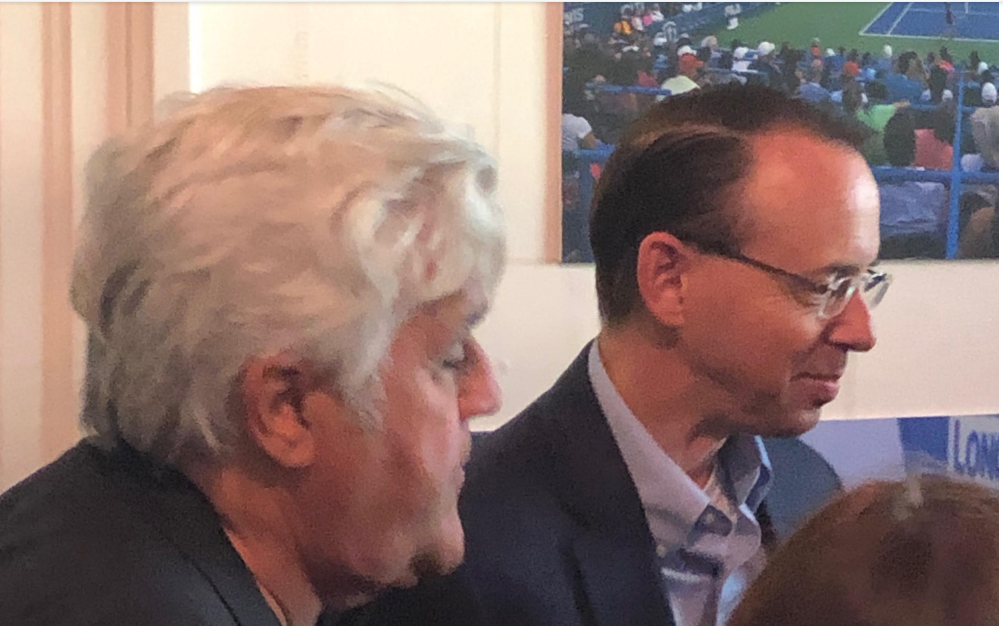 We also noticed senior advisor to President Obama Valerie Jarrett in the house.

Tapper and Don Lemon took the stage to introduce this year’s military honorees.

“If you’re not here to celebrate America and the Constitution, then you don’t need to be in these rooms,” Lemon remarked, a pointed criticism of the sitting administration and at least one of the party’s attendees.

Below, Tapper introduces one of the honorees. 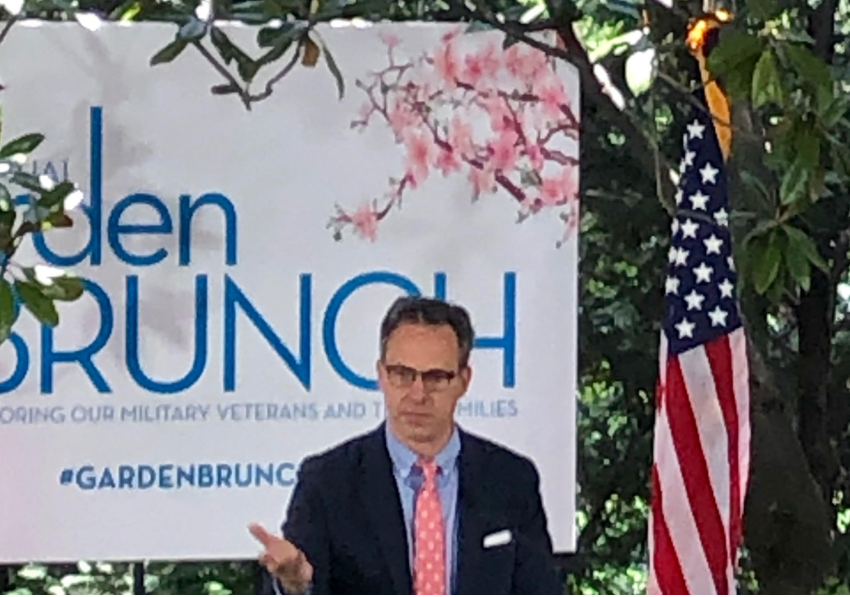 But before making the presentation, he complimented the hosts on how impressed he was that they were serving bratwursts as an hors d’oeuvre. 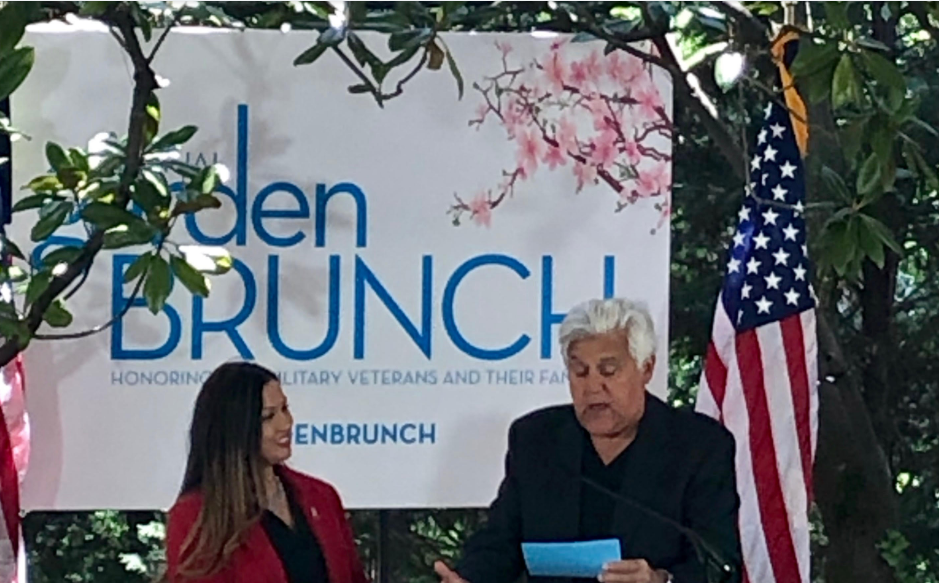 Leno presented Sgt. Morales-Biggs with keys to a new Nissan Pathfinder as part of the presentation — a gift that was sponsored by Wells Fargo and Jones Junction auto group.

She asked Leno if he was joking, and he responded that he was not.

Leno’s birthday is tomorrow, and Van Susteren was among those on stage to present him with a birthday cake. 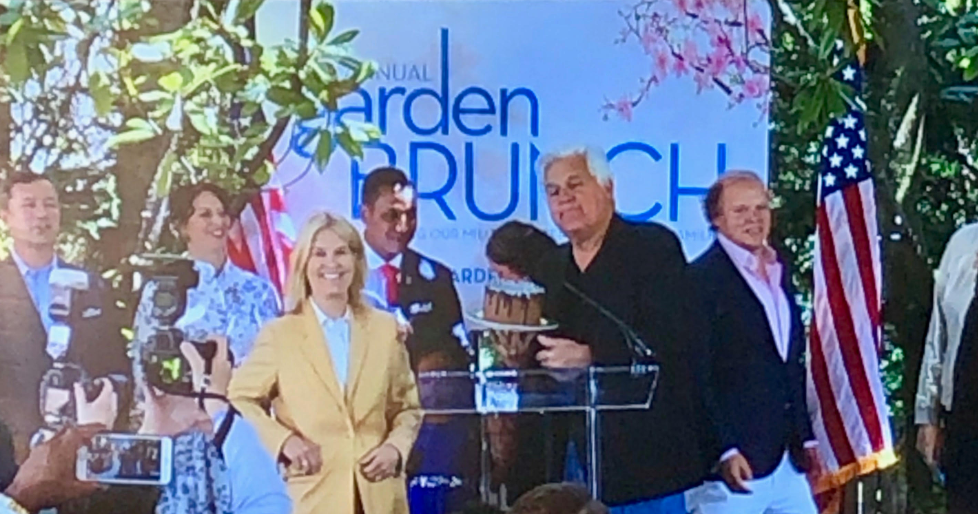 Prior to that presentation, there was also a moment to honor the service of U.S. Army Lt. General Gwen Bingham with the Be Fearless Award. 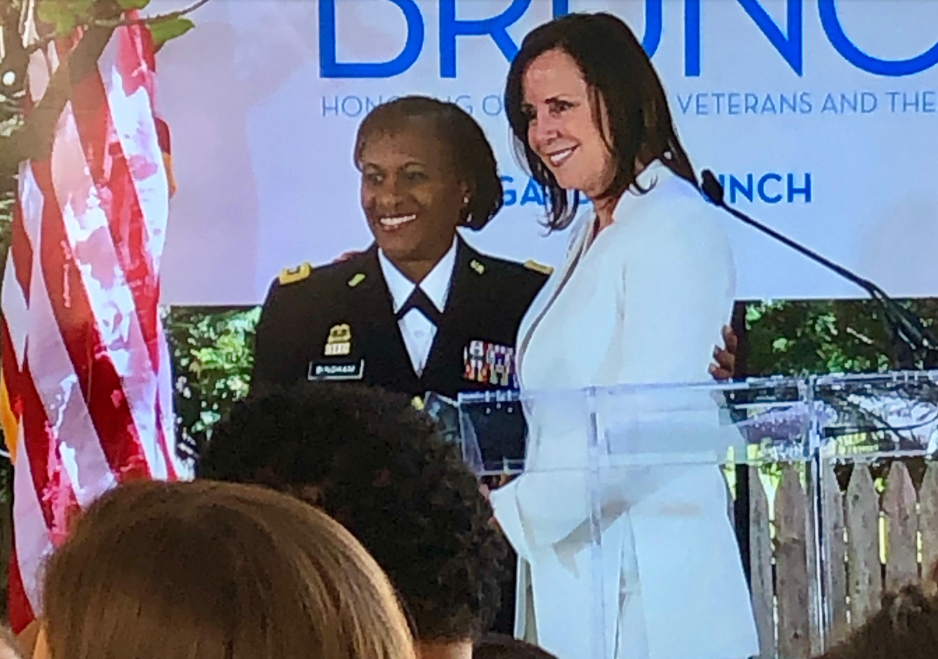 MSNBC’s duo of Ali Velshi and Stephanie Ruhle were present, as was Jacob Soboroff. We noticed Tapper and Ruhle chatting at one point.

Decker recently made waves for calling out two of his colleagues for sounding “like a White Supremacist chat room” when they attempted to defend President Trump’s infamous “both sides” comment about white supremacists in Charlottesville, according to internal emails that were leaked by a number of media outlets. 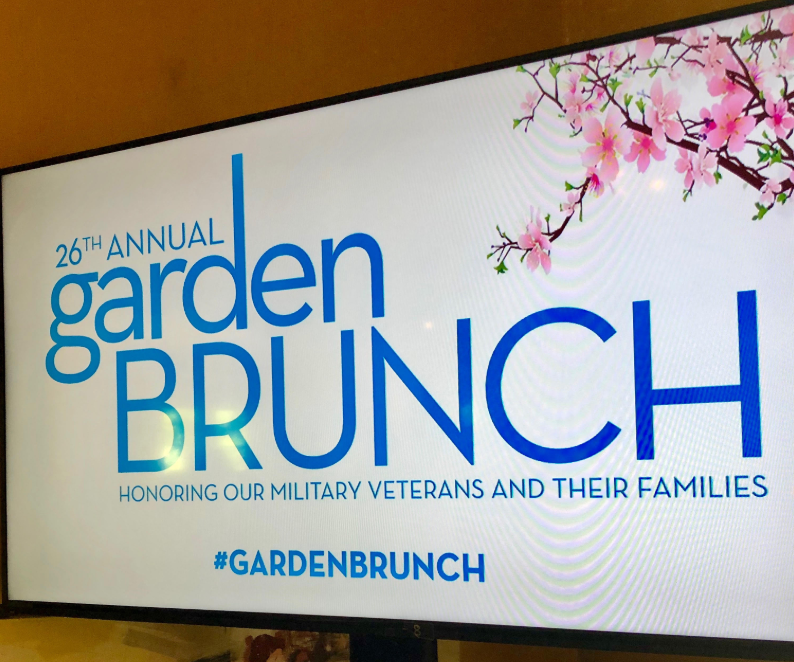 The annual Creative Artists Agency (CAA) party took place the previous evening at the rooftop of the Eaton Hotel in downtown Washington.

There was ABC News public relations chief Julie Townsend representing her network at the party, and Fox News svp of event marketing and host of on-air entertainment programming Michael Tammero was there as well.