NEXT:Trump Meets The Press and Defends Meeting with Russian Diplomats
PREVIOUS:Fox News No. 1 For The Week, As MSNBC Wins Weekday Demo For First Time in 7 Years Counselor to the president Kellyanne Conway has taken “a moment from more important matters” to respond to MSNBC’s Joe Scarborough and Mika Brzezinski who on Monday’s Morning Joe called out Conway for her appearance on Fox News’s MediaBuzz.

But it got personal when Joe and Mika talked about how Conway would appear on their show during the campaign and diss then-candidate Donald Trump.

“I’m just doing this for the money,” Brzezinski said, paraphrasing Conway. “She said ‘this is my summer vacation, my summer in Europe and I’m basically going to get through this,'” added Scarborough. 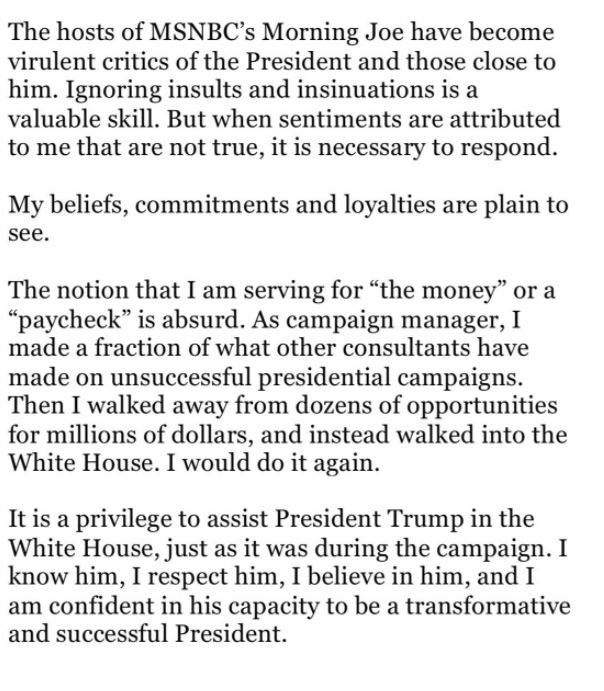