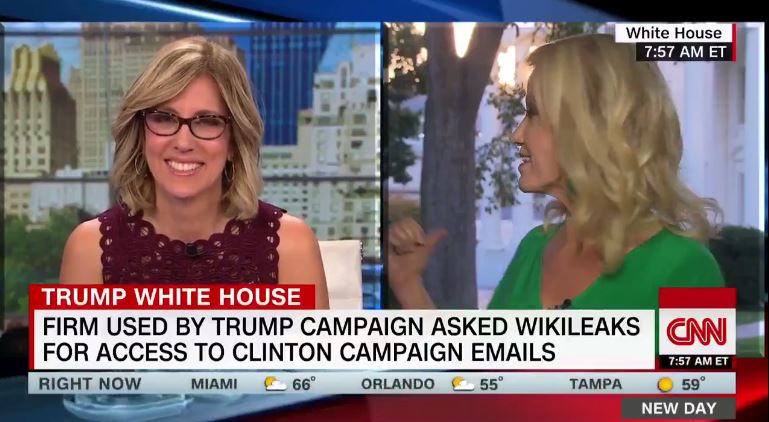 During an oftentimes contentious 15-minute interview (but, then, when aren’t they?) on CNN this morning, a squirrel interrupted presidential counselor Kellyanne Conway mid-answer. The trooper she is, she kept right on answering Alisyn Camerota.

The interview ranged from Wikileaks, to Russia collusion, to the opioid crisis. Six minutes in, Conway and Camerota also made a pact not to talk about Hillary Clinton, which Conway broke later. But it was this moment we choose to higlight:

"God I hope that's a squirrel and not a rat": Midway through a @cnn interview, Kellyanne Conway gets a surprise https://t.co/S8vklO80Rq