NEXT:Joy Reid: 'I Am Truly, Truly Sorry'
PREVIOUS:Here's Who Turned Up at the CBS News WHCD Cocktail Party 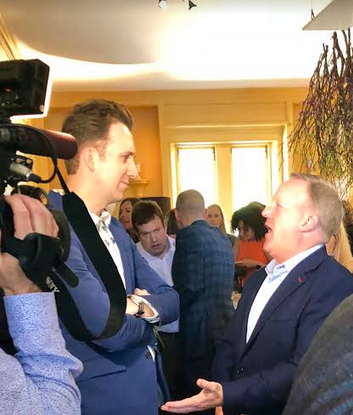 ABC News correspondent Bob Woodruff was just hours removed from a flight back to the U.S. from China, but that didn’t stop him from partaking in a little fun in Georgetown today at the White House Correspondents’ garden brunch.

Woodruff also happens to be co-founder of the Bob Woodruff Foundation for injured veterans and their families, and was among those who took the stage to honor our nation’s veterans.

Wells Fargo gave a deed to a new mortgage-free home to Staff Sergeant Dominic Perrotte and his wife, both of whom were present for the festivities. 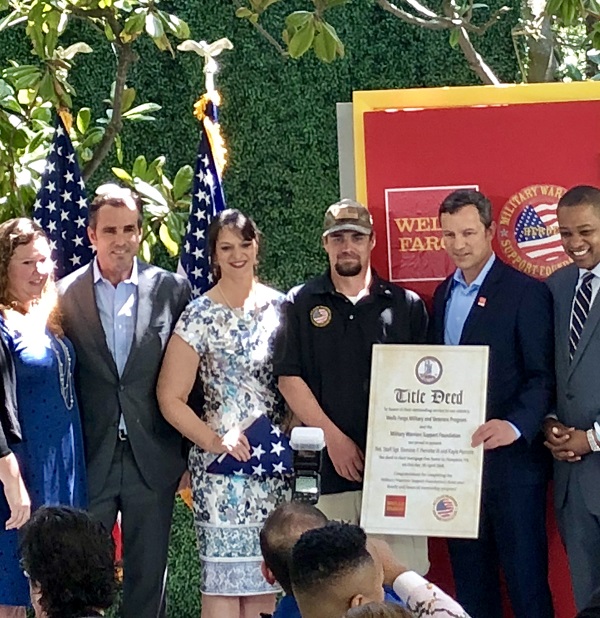 Graduates of the NS2 Serves program were honored at today’s brunch as well.

The Lieutenant Governor of Virginia Justin Fairfax was among those in attendance, and took the stage for the presentation and to give remarks with the aforementioned Woodruff.

After the presentation, the newly-elected LG told us he was heading to an event in Roanoke later in the day with Virginia Sen. Tim Kaine.

We briefly chatted with NS2 Serves chairman Ret. General John Campbell, and CEO Mark Testoni about their organization. We also asked them what type of stories they want to see more of on TV news, and both said they would love to see more reporting on how servicemen and women are struggling to find work in specialized fields when they come home, but also conceded those types of stories aren’t necessarily “sexy.”

White House Correspondents’ Association president, Bloomberg White House correspondent Margaret Talev took the stage and spoke briefly about the importance of raising awareness about why government and politics matters, and to make sure that everyone supports journalism on the local level, and abroad. 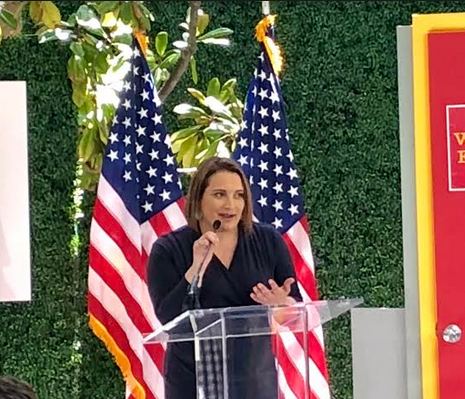 Luminaries from the news media were out in full force at the afternoon soiree in Georgetown, including Stormy Daniels‘s attorney Michael Avenatti, who was arguably the most popular man in the room.

Host of Comedy Central’s The Opposition with Jordan Klepper was seen chatting with former White House press secretary Sean Spicer. Unfortunately, we couldn’t hear exactly what the conversation was about, so we’ll let you draw your own conclusions.

CNN’s Jim Acosta was seen chatting with Avennati at length, but not Spicer. Two different TV newsers (non-CNN) quipped to us that Avenatti should get a CNN contributor contract. Avenatti was also seen chatting with Lt. Gov. Fairfax. We weren’t able to get a photo of an Avenatti-Conway interaction, but apparently Lemon got one at the UTA party last night:

Washington D.C. mayor Muriel Bowser also made an appearance towards the end of the party.