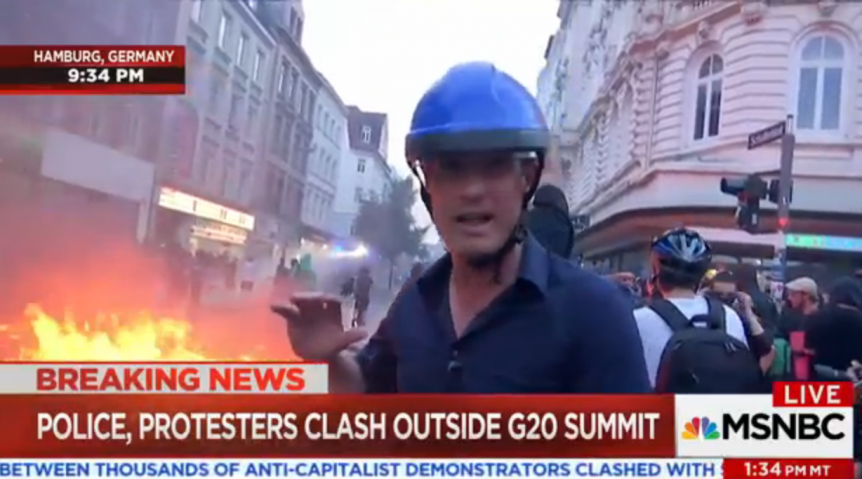 If you’ve tuned into NBC News programming at any point over the last 24 hours, you have probably seen Keir Simmons providing on-the-ground reports from a chaotic Hamburg, Germany. The London-based NBC News correspondent is reporting on and from the middle of the protests taking place across the city in response to the G20 Summit.

This particular summit, which brings together leaders of the world’s top 20 economies, traditionally attracts a good deal of protest groups, many of whom are against capitalism.  But the protests for this year’s summit have been by most accounts more intense and violent than those of the recent past.

As wild as yesterday was for Simmons, today might be even more so. He even talked to Katy Tur live, on-air while running from a German water cannon.

Simmons also filed a report while standing in front of a burning barricade that was set on fire by protesters. 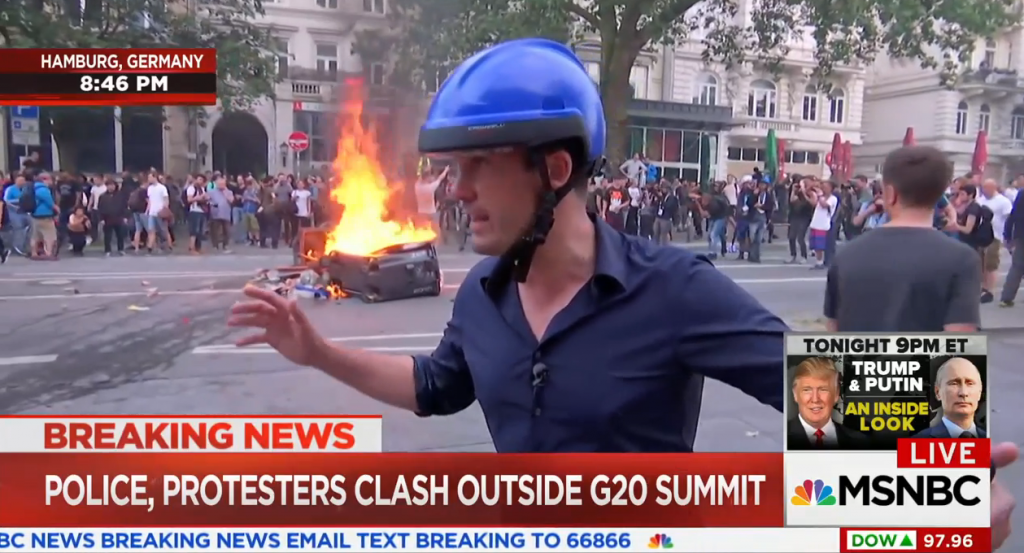 Here are some observations Simmons tweeted out earlier in the day:

German police chasing groups of protesters through streets of Hamburg. We just ran with one police unit that lost their target. Chaos. #g20