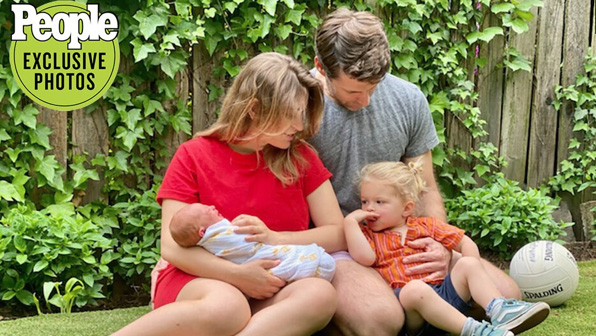 “After nearly 24 hours of labor, Eloise was here. She weighs 6 pounds, has strawberry blonde hair, and is rarely quiet. She fits right in. Big brother Teddy loves her already and can’t wait to introduce her to their big brother and sister. We’re all looking forward to a full and crazy house this summer,” Dokoupil and Tur said in a statement.

People has the first photos of the family.

Dokoupil and Tur married in October 2017. This is the couple’s second child; they also have a 2-year-old son, Teddy. Dokoupil has two other kids from a previous marriage.

NBC News White House correspondent Geoff Bennett will continue to serve as the anchor of MSNBC’s 2 p.m. hour while Tur is on maternity leave.

While Dokoupil is on paternity leave, his CTM fill-ins will include CBS News correspondents Vlad Duthiers and Enrique Acevedo in the 7 a.m. hour, and rotating celebrity co-hosts like Drew Barrymore and LeVar Burton in the 8 a.m. ET hour.

Our @CBSThisMorning family just got bigger!

Congrats @TonyDokoupil & @KatyTurNBC on welcoming your adorable baby girl into the world.