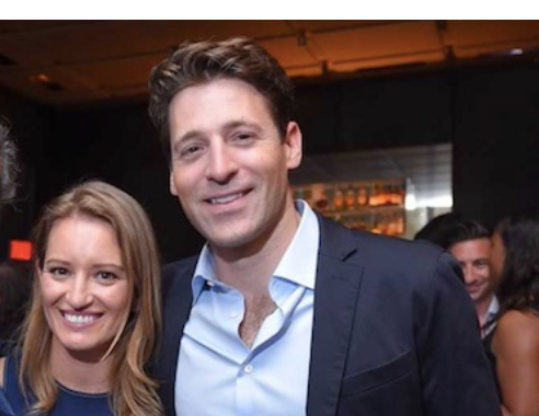 In an interview with The New York Post, Tur and Dokoupil disclosed that each has a mini set on a different side of the basement, complete with a robo cam and teleprompter, so they can broadcast without additional tech staff.

Without the aid of on-site staff, Tur helps Dokoupil prep for his 7-9 a.m. ET morning show, while Dokoupil helps Tur prep for her 2 p.m. show.

Tur said each wouldn’t be able to get on the air without help from the other, something her CBS Newser husband echoed.

“It used to be just like, ‘Your clothes are taking up too much of the closet,’ ” says Dokoupil. “And now it’s like, ‘Your equipment is eating into my equipment today for my TV show!’ It’s pretty ridiculous. But we’re doing it.”

“The biggest challenge is mental,” says Tur, who anchors wearing ripped jeans or yoga pants and does her own makeup and hair. “It’s having to stay home and being deeply worried about the world around you, and fundamentally being scared of catching [the virus].”

A nanny helps take care of their 1-year-old son Teddy, though both say broadcasting from home during the pandemic means they’re now able to spend more time with Teddy than they typically would.

Speaking of Teddy, here’s a nice photo to wrap up the week:

(Teddy pulled the mask off two seconds after I snapped this) pic.twitter.com/ndTMTX2Ad8