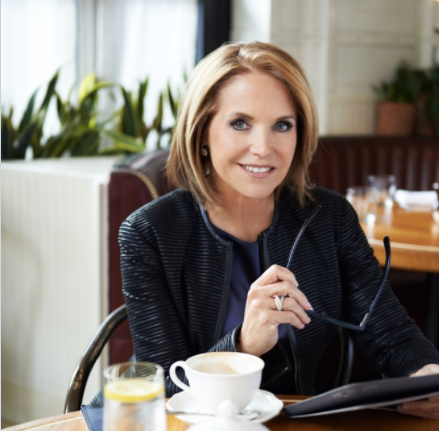 Katie Couric sat down for an interview with Kara Swisher for her Recode Decode podcast, and was quite candid about her time at Yahoo News, where she served as global news anchor from 2014 through July 2017.

“I wouldn’t say it was an unhappy marriage, but it certainly was not very fulfilling for me,” the former Today show and CBS Evening News anchor told Swisher. “Because I had all this great content. I was getting big interviews. It was sort like a tree falling in the forest.”

She further said ““I would say to the Yahoo folks, ‘Could we please do a newsletter? I’ll push out everyone’s content. They hired some big names and yet they’re in the witness protection program.”

“Many of these tech companies are not media companies,” she continued. “They do not care deeply about stories, about content, about true connection. I think they care about widgets and gadgets and delivery systems. But they aren’t really super-interested in the vegetable soup that’s running through the pipes. For me, it was just a bit of a culture clash. the problems, the challenges of making sure people got good content was just not high on their priority list.”

On leaving Yahoo after it was merged into Verizon-owned AOL to form Oath, Couric said, “I just didn’t see them shifting their attitudes.  I like Tim (Armstrong).  I think he’s great.  I told him I thought the new name of the company should be named ‘Rize’ cause it’s sort of like Verizon and it’s aspirational and positive, but I think they paid a lot of money to come up with Oath.”

Couric has been keeping herself quite busy as of late. She hosts her own podcast, co-hosted NBC’s presentation of the 2018 Pyeongchang Winter Games Opening Ceremony, and her forthcoming six-part Nat Geo docuseries, America Inside Out With Katie Couric, comes out later this year.