NEXT:Scoreboard: Tuesday, April 3
PREVIOUS:Meet the Press Is Now No. 1 for Nine Consecutive Quarters Among Adults 25-54 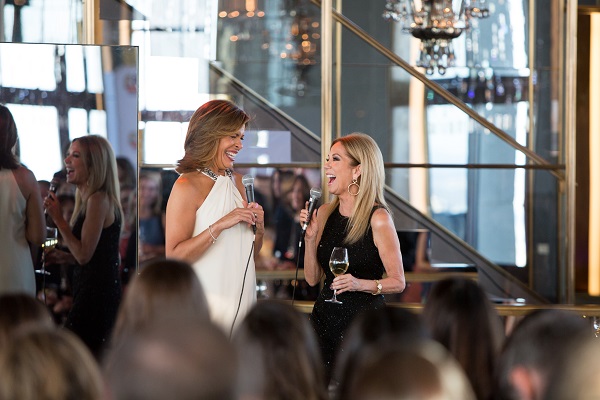 Kathie Lee Gifford and Hoda Kotb were the co-stars at a soiree in celebration of their 10 years co-hosting the Today Show’s 10 a.m. hour.

Gifford and Kotb welcomed a variety of TV newsers to the Rainbow Room in New York this evening, including nearly all of their Today co-hosts. 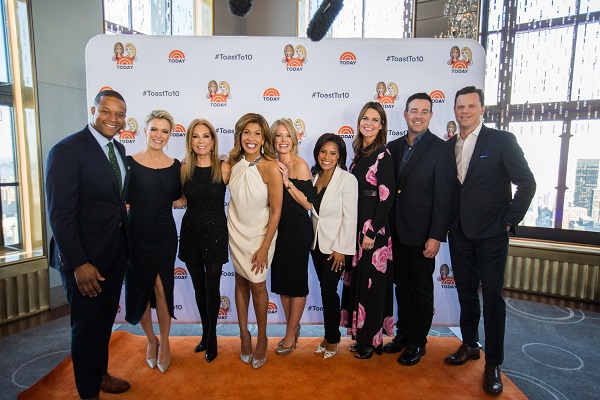 Al Roker, and Jenna Bush Hager were out of town, while Lester Holt was anchoring Nightly News from Memphis.

10 a.m. hour executive producer Tammy Filler gave remarks, first thanking her superiors Burke, Lack and Oppenheim, and then Bell “for having the insane idea of launching this hour morning television when everyone thought four hours of Today Show, was enough,  ‘and no one wanted that!’,” she joked.

Filler also thanked Kotb and Gifford their support and “for allowing me to try some really insane things and push the envelope.” On a more serious note, she thanked the duo for “supporting a woman in management long before it became a national movement.”

Kotb and Gifford then spoke. Gifford thanked Bell, saying she almost didn’t want to come back to television after her 15 years with Regis Philbin, but Bell eventually convinced her that she wasn’t ready to retire from television. Per Bell’s request, Gifford watched the first few episodes of the Fourth Hour, then co-hosted by Ann Curry, Natalie Morales, and Kotb, and originally wasn’t a fan of the program.

“I told him: If I’m going to come back, produce to my skills. I want to bring my love for theater to television, because television can be used in such a powerful way, and it’s our choice how we really use it,” said Gifford. “Choose life, bring joy to someone, make someone laugh.”

The morning show veteran also explained that before they teamed up, she told Kotb that they could have a really good show, “but I don’t think we can have a hit show, not at 10 o’clock in the morning; it’s never been done.”

The 10th anniversary show will air this Friday in front of a studio audience.