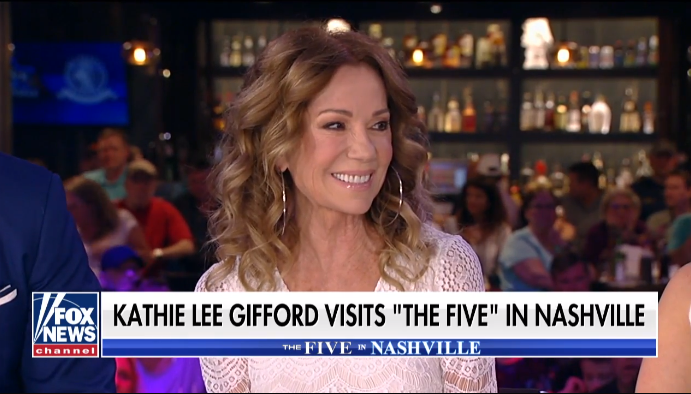 The Five took its show on the road to Nashville, Tenn., on Tuesday, and former NBC Newser Kathie Lee Gifford stopped by the program to say hello to the panel.

Gifford, who also happens to be a country singer, lives in Nashville a good chunk of the time.

“Hoda’s a momma again!” Gifford proclaimed, speaking of her partner in crime Hoda Kotb, who announced today that she had adopted a second baby girl. “I’m thrilled about that. I knew that was coming. I just didn’t know when it was coming,” she told the panelists.

The Five co-host Dana Perino asked Gifford what life has been like since leaving NBC’s Today (her final show was April 5).

“I’d given my notice two years before because I knew it was time. You know you run out of tick tock in life and there are things I wanted to do and been dying to do and you just need to make time for certain things. And I’ve been so blessed to be there for 11 years and make the friendships that I had, but it was time.”