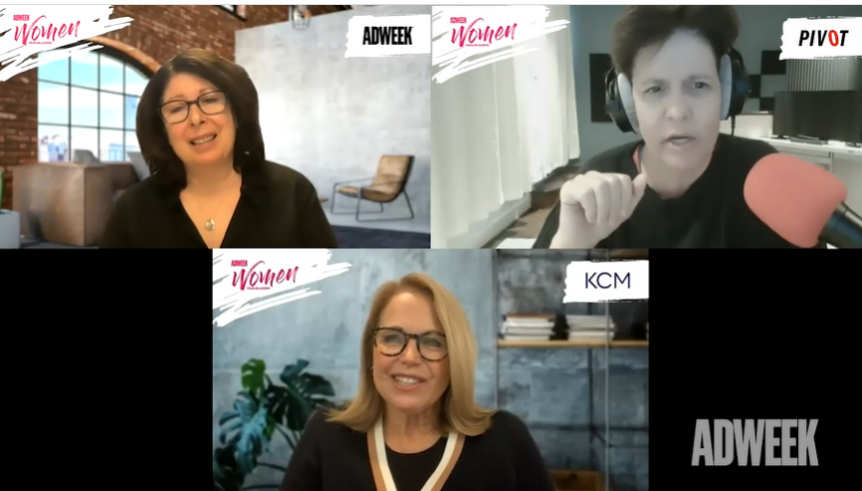 Katie Couric is apparently an “anchor monster.” At least that’s what one high-level media figure who didn’t want to be named told Recode’s Kara Swisher years ago when she was covering Couric’s Nov. 2013 move to Yahoo to become the media outlet’s first-ever chief global news anchor.

Swisher, Couric and Adweek editor and svp Lisa Granatstein participated in a panel discussion today at the Adweek Women Trailblazers event. During the discussion, Swisher said she broke much of the news about Couric’s move, and that said she originally told Couric going to Yahoo was a bad idea, “because I didn’t think they were committed to actual journalism … but I think she did a great job there, by the way. Those interviews are fantastic.”

“One of the things when I was talking to people at places where she had been, said, ‘hey, she’s an anchor monster.’ He used the term ‘anchor monster.’ He said, ‘you can use that, you know…’Sources said…’ And I said, ‘No, I won’t unless you use you name,” Swisher said.