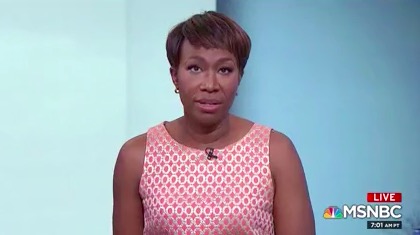 Back in December, the MSNBC host apologized for homophobic comments that appeared on her blog a decade ago. But in April, after Mediaite located additional anti-gay comments on the blog, Reid claimed she didn’t post them, and said they were manipulated by hackers. Reid actually brought the matter to law enforcement, but there has been no legit evidence to support her “hacking” claim.

Now, BuzzFeed is reporting that Reid also promoted a 9/11 conspiracy documentary on her blog.

A March 2006 post on Reidblog, archived by the Wayback Machine is linked to Loose Change 9/11, an 80-minute digital video released in 2005 which was produced in part by Infowars’ Alex Jones. In the video, it is alleged that the terrorist attacks on the World Trade Center were in fact planned by the U.S. government. The claims in Loose Change have been debunked.

“The fundamental question is: do you believe the official story of 9/11?” the post reads. “If you do, great. If you don’t, then everything that happened after that is called into serious question. Even if you’re agnostic, or you tend to believe that al-Qaida attacked the World Trade Center and Pentagon and that the government had no warning such a thing could happen, it’s worth taking a second look.”

BuzzFeed, which NBC has a significant investment in, reports that in an additional post, this one from March 2006 titled Flashback: September 30, 2001, Reidblog says the government identified those who carried out the attack all-too-coincidentally soon.

“For that matter, why did any of the WTV [sic] buildings fall…?” Reidblog states. “Somehow I think it will be a generation before we get the full story on what happened on 9/11?”

Tucker Carlson also addressed the old posts on his program last night. One post described how migrant workers and illegal immigrants should not be employed to rebuild New Orleans after Hurricane Katrina in late 2005. In the post, she wrote: “American citizens evacuated from there should be the ones paid to rebuild their own city.”

In 2006, she wrote “flying the Mexican flag on U.S. soil strikes me as incredibly presumptuous and insulting to the U.S.”

Her stance on immigration is what you might hear from the president or on Fox News and other conservative outlets, but not necessarily on progressive MSNBC.

Conservatives have ramped up the pressure on Reid as a reaction to ABC cancelling Roseanne in light of her horrific, racist tweet about former Obama aide Valerie Jarrett. Reid and fellow MSNBC host Chris Hayes happened to be hosting a town hall on race relations the day the Roseanne news broke, an event which ironically featured Jarrett. Some on the right deemed her appearance on the race relations-themed special “stunningly tone deaf” due to those previous homophobic comments.

Reid is also scheduled to give a keynote address on day one of the 5th annual Colorcomm Conference, which takes place next week at the Ritz-Carlton Kapaulua in Hawaii. We reached out to MSNBC to find out if Reid will still be speaking at the conference, and have yet to hear back.

In addition to Reid’s keynote, there will be a panel on day two called How to become a Contributor on Television, which includes a duo of NBC News producers, and moderated by an MSNBC comms director.

The post, called Baghdad John Strikes Again, notes former president nominee John McCain’s statement that he would “follow Osama bin Laden to the gates of hell.” The image appears at the end of the post, which was apparently created by Reid. 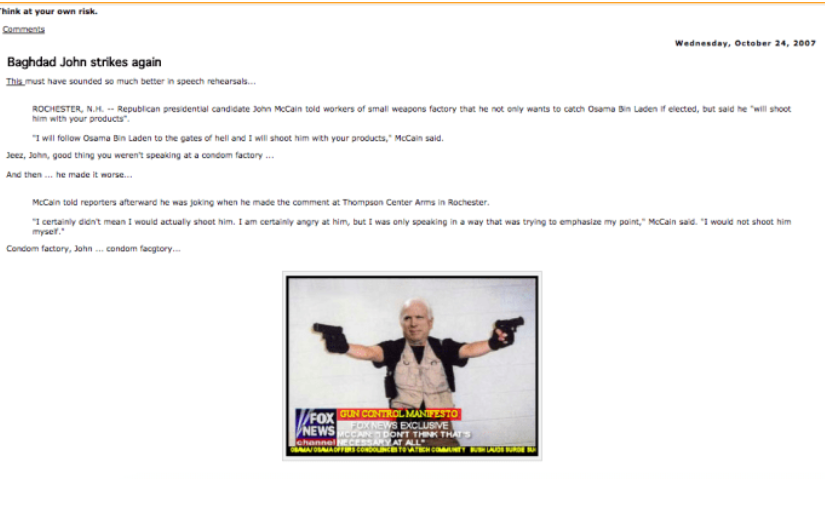 It’s not exactly clear if the photo was created by Reid, shared by her from another source, or inserted into a post by a hacker. But the silence so far is rather deafening.

And social media reactions to Reid’s posts from fellow TV newsers are trickling in:

This. @JoyAnnReid you are a disgrace. https://t.co/qmc8ja20E4

This is beyond disgusting and disgraceful. https://t.co/TvrfXXvQtp

Hey @joyannreid, do you really believe the U.S. government carried out 9-11? https://t.co/OKQI8Pqrl9