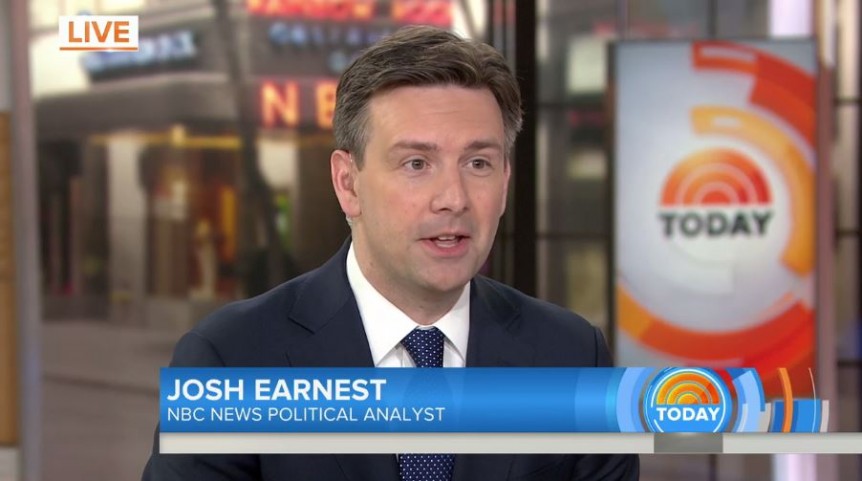 With an appearance on the Today show this morning, Josh Earnest has joined NBC News and MSNBC as a political analyst. Earnest was Pres Obama’s last press secretary, but has been in Obama’s inner circle since March 2007.

“With his wealth of experience and insight, Josh will be a great addition to our roster of contributors and will be an asset for our two networks as we continue to cover the White House, Congress and politics beyond the Beltway,” said NBC News president Noah Oppenheim and MSNBC president Phil Griffin in a joint memo to staff.