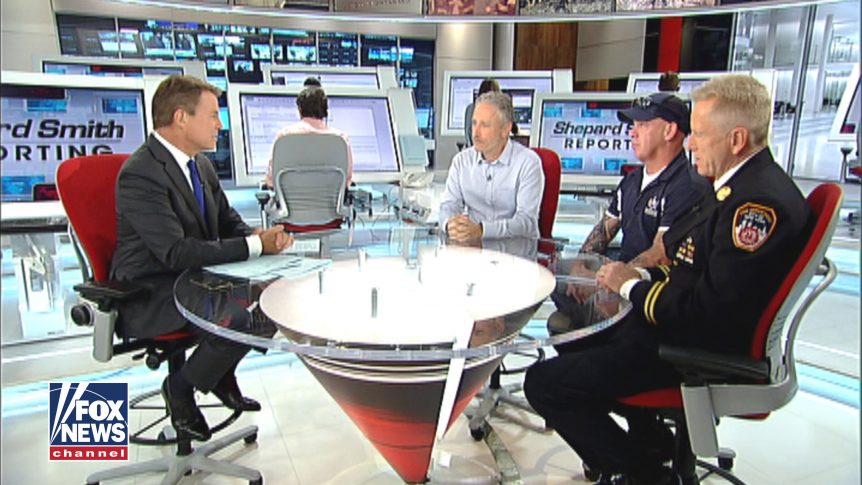 Fox News was one of Jon Stewart’s favorite targets when he hosted The Daily Show on Comedy Central, but the comedian hasn’t appeared on the network for almost four years. That hiatus ends today, as Stewart guests on Shepard Smith Reporting at 3 p.m. ET.

This has been a project close to Stewart’s heart for more than a decade, and he has made several media appearances over the years to raise awareness of the program. John Feal of the FealGood Foundation and retired FDNY deputy chief Richard Alles will appear alongside Stewart.

The entire interview will then air on Facebook Watch’s Fox News Update, at 4 p.m.

This will be Stewart’s first Fox News appearance since Nov. 14, 2014, when he was a guest on The O’Reilly Factor.

Smith had often been a target of Stewart’s mockery during his Daily Show years, with Stewart once saying Smith’s new set looked like “the Apple Genius Bar had an orgasm.”

Here is one of Stewart’s most famous Daily Show segments about Smith, from 2013:

Stewart, Alles and Feal visited Today on Thursday and spoke with Savannah Guthrie about the World Trade Center Health Program.