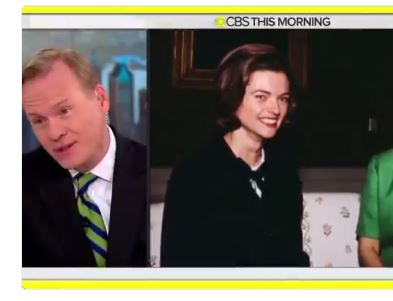 66 years after his mother began to blaze a trail at CBS News, John Dickerson continued the legacy this morning as the new co-anchor of CBS This Morning.

“I don’t think she ever saw me on TV,” Dickerson told us in a 2009 interview. “The fact that I ended up in her business and at her network adds extra poignancy to the moment.”

Nancy Dickerson died in 1997. CTM has kept a picture of her on the set since launch. John Dickerson noted that while she’d be “thrilled” he was hosting the morning show, “she’d be happier that you too are here,” referring to co-hosts Norah O’Donnell and Gayle King.

“I’m really happy to be here for the new beginnings. Thanks for welcoming me.” — @JDickerson on his @CBSThisMorning co-host debut pic.twitter.com/GWJSQQ3Ryr