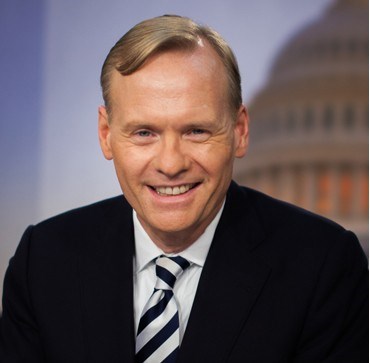 John Dickerson is one of the most versatile members of the CBS News on-air team. Over his 12-year stint at the network, Dickerson has served as CBS News political contributor, correspondent, moderator of Face the Nation, co-host of CBS This Morning, 60 Minutes correspondent, and now he’s moving to CBS Sunday Morning, where he’ll serve as correspondent.

From ⏱️ to🌞: I am thrilled to announce that I’m changing assignments at @CBSNews to @CBSSunday after two wonderful years at @60Minutes. https://t.co/TfkP2Q839U

After two years as a 60 Minutes correspondent, Dickerson is shifting the focus of his journalism to TV’s most-watched Sunday morning offering, and will develop a streaming series for Paramount+.

Variety broke the story on Thursday.

With this move also comes a new title for Dickerson: Chief political analyst and senior national correspondent. He’ll continue to serve as an on-air contributor on breaking news for major national events.

“This enables John to do more reporting on a regular basis across all of our programs and platforms, offering his distinctive political reporting and analysis, historical perspective, and prolific storytelling,” CBS News said in a statement. “John is also working on a series for Paramount+ building on his background as a best-selling author and historian.”

Dickerson first joined CBS News as a political analyst and contributor in 2009. As mentioned, he has worked across all CBS News broadcasts, with a notable stint as moderator of Face the Nation (2015-early 2018). He is moderating the Sunday public affairs program once again while Margaret Brennan is on maternity leave.

Dickerson continues to serve as a contributing writer for the Atlantic.