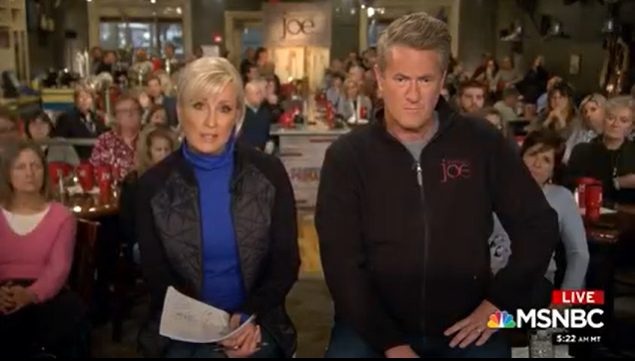 CBS This Morning did not address the harsh reaction from many to a clip from Gayle King’s interview with WNBA legend Lisa Leslie about the late Kobe Bryant. (Although the show did have Kareem Abdul Jabbar on to this morning to talk about Bryant).

Journalists? @ViacomCBS ? @CBSNews ? Why so hard to address the threat against Gayle King? Where is the *appropriate* reaction/action to one of your journalists being attacked with misogynistic, profanity laced threats?? @SnoopDogg #notok #fireableoffense #noconsequence

Joe Scarborough called out the media for seemingly ignoring the ugly manner in which rapper Snoop Dogg criticized King, a longtime friend of the duo’s.

As we noted last week, CBS teased a clip on social media last week, in which King asked Leslie about Bryant’s 2003 sexual assault case — a move his most die-hard fans did not appreciate. King was angry with CBS for promoting the interview with a clip that, in her view, was taken “out of context. ”

But Snoop’s reaction, which he posted on Instagram, went viral. He has now deleted it.

“Gayle King, out of pocket for that shit,” he fumed in a furious Instagram video, adding: “Why y’all attacking us? We yo’ people. You ain’t coming after fucking Harvey Weinstein asking them dumb-ass questions. I get sick of y’all. I wanna call you one. Is it OK if I call her one? Funky dog-haired bitch! How dare you try to torch my motherfucking homeboy’s reputation. Punk motherfucker! Respect the family and back off, bitch, before we come get you.”

According to Oprah Winfrey, King has been getting death threats and amped up her security detail in recent days.

Rev. Al Sharpton called out Snoop for attacking a black female journalist, and Scarborough called out the entire media for ignoring this story.

“The media silence deafening,” he opened, before calling out “people like Katy Perry, worked with snoop in the past. People like our dear friend Martha Stewart, who’s working with him now.”

It’s certainly possible that they’ve reached out to Snoop in private to express their displeasure with his comments (which he has tried to clarify in the days since), but those two particular celebrities have yet to make public statements on the matter.

Scarborough, broadcasting from New Hampshire, added: “It’s time for people to speak out. Again, let’s just keep this very simple, because it is very simple. A black female journalist asked a tough question, in the middle of a wide-ranging interview, and because of that her life was threatened. ‘We’re coming to get you’ from a man it must be remembered, who was arrested for murder.”