NEXT:'The Last Thing I Am Worried About Is Whether He Will Lash Out at Me,' Says CBS White House Correspondent Weijia Jiang of Covering Trump
PREVIOUS:What Are You Doing to Decompress and Take a Breather While Covering COVID-19? 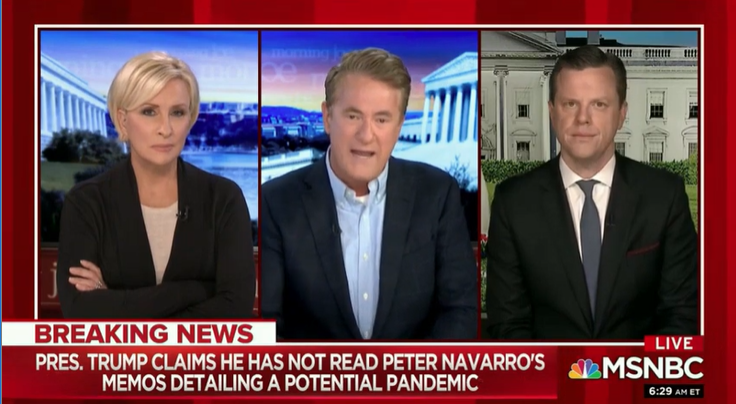 MSNBC’s Joe Scarborough had a stern message for his own network, as well as CNN, and Fox News this morning: Stop airing these daily coronavirus task force briefings if you’re not going to fact-check the president in real time.

“I still for the life of me don’t understand why the networks, including our own, allow Donald Trump for two hours to lie to the American people,” he stated, using what can be described as “an outside voice.”

It’s a sentiment many Trump critics have been expressing for weeks.

Scarborough is one of the best-known figures on cable news and, along with Rachel Maddow, MSNBC’s most important. Both have questioned televising these daily briefings. Scarborough’s opinion carries a lot of weight over there, and it’s possible his voice could influence future coverage of the daily briefings.

Time will tell whether any changes are made.