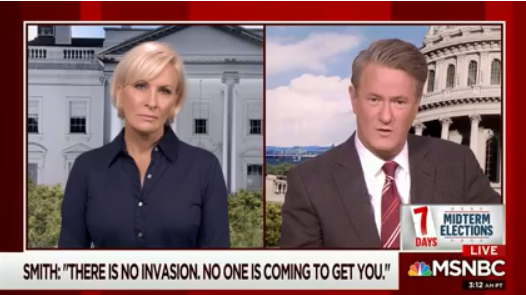 Fox News’ Shepard Smith is considered a bit of an outlier compared to some of the more provocative, right-leaning voices on the powerhouse cable news network. Yes, his program is one of the lowest-rated on Fox News, (though he still beats most cable news shows on other networks) but to many inside FNC’s news operation and the network in general, Smith is a very necessary voice.

His reporting and general commentary are frequently praised by journalists and talking heads at rival networks, and across the mainstream media in general.

Count Joe Scarborough as a fan of Smith’s. He once referred to the longtime Fox Newser as an “American Hero” for standing up for the mainstream media against Trump’s barbs, and offered more words of praise for the veteran cable newser and fellow southerner on Morning Joe today in light of Smith’s remarks Monday afternoon.

6:12 a.m. ET: “Shep Smith, once again, told the truth as Shep Smith always seems to tell the truth about this so-called fantasy caravan…Hey, Mika, I have two words for you: ‘Hotty Toddy.’ The people at Ole Miss have to be proud of Shep Smith.” (Smith is an University of Mississippi grad).

6:13 a.m. ET: “…but let me tell you, Shep Smith right there, he told the truth and I know a lot of people in Mississippi have to be proud of him.”

(MSNBC aired the 6 a.m. hour of Morning Joe again in the 8 a.m. hour, where Scarborough can be heard giving the same lines). 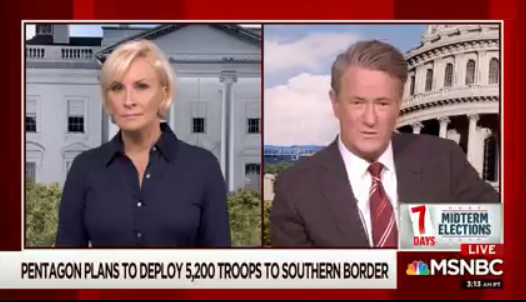 6:17 a.m. ET:  “Shep Smith put it beautifully. They’re months away. we’re going to have 5,200 people or 500,000 people backing the border. We have a pretty secure southern border for all this nonsense that we have to build more and this and this, it’s a pretty fortified border. Sure, there’s people that occasionally get through, but now you’ll have three lines of defense for a couple of men, a couple of women and a couple of pickup trucks.” 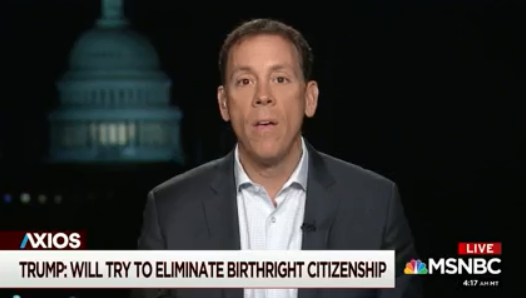 Shep Smith on the migrant caravan: “There is no invasion. No one is coming to get you. There is nothing at all to worry about.” pic.twitter.com/4dLmPuZem0

Smith has been unafraid to take on the president, and the views expressed by some at his own network. This was the case again yesterday, with Smith expressing skepticism about what’s being referred to as a “migrant caravan” of Central and South Americans moving north towards Mexico. The “migrant caravan” has been talked about across Fox News programming in recent days. Pres. Trump has referred to the group as a potential “invasion” and has made the decision to send more than 5,000 U.S. troops to the U.S.-Mexico border by the week’s end.